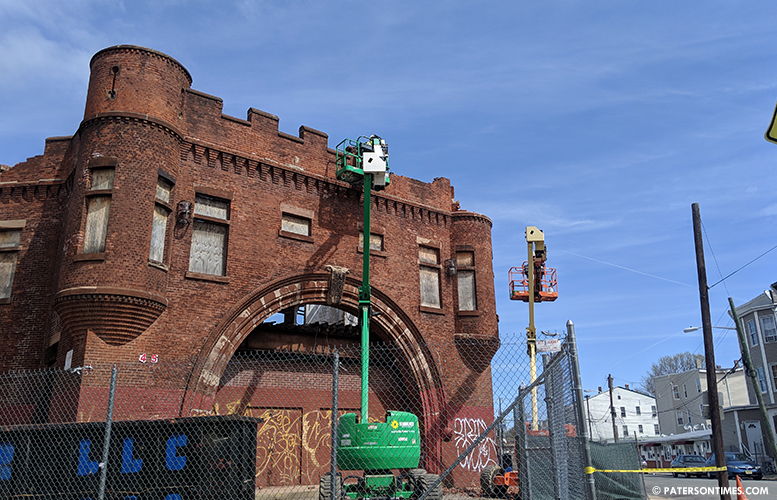 The demolition of the Paterson Armory ran into delays after municipal officials did not obtain pre-approval from the Hudson Essex Passaic Soil Conservation District.

Prominent developer Charles Florio, who has been approved to purchase the site for $3 million, said the Hudson Essex Passaic Soil Conservation District issued a stop-work order bringing all demolition work at the site to a halt.

Janet Rekesius, administrative services manager at the Hudson Essex Passaic Soil Conservation District, confirmed pre-approvals were not obtained. Super LLC of Haledon had begun demolition of the mostly fire-destroyed Paterson Armory in mid-April. It had been awarded a $200,000 contract to complete the job.

“In the city’s defense, they were really demoing the top that really didn’t affect the soil,” said Florio.

Florio said he isn’t sure how that disturbed the soil.

“Work over 5,000 square feet is regulated by a state law, the Soil Erosion and Sediment Control Act. I believe the staging of the contractor’s equipment alone tore up what was already exposed. They had demolished a previous portion under imminent hazard after the fire,” said Rekesius.

Rekesius said that area is where the excavation will take place for the new foundation.

The city and the developer submitted an application for permits on Apr. 23, said Rekesius. She said the Hudson Essex Passaic Soil Conservation District is waiting on some technical information having to do with storm water management for re-development at the site.

Rekesius said it typically takes a month for a review.

Florio said he is still waiting on a resolution from the Board of Adjustment to close on the $3 million property deal with the city. Some council members criticized some of the boards that approve developments for poor and slow service on Tuesday night while discussing a measure to charge developers fees for construction review.