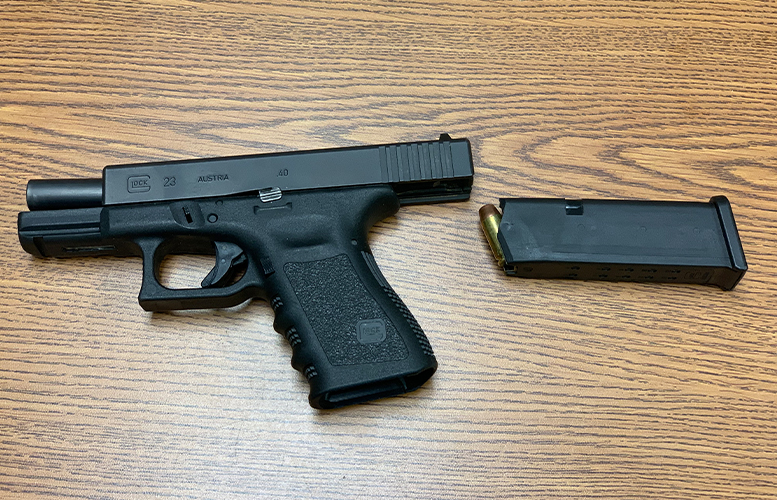 After getting report of gunfire on Rosa Parks Boulevard, the police chased down and arrested a suspect with a loaded handgun on Sunday, according to public safety director Jerry Speziale.

The suspect, Jacim Pitts, was observed among a large group of people smoking, drinking, and playing loud music at the intersection of Rosa Parks Boulevard and Putnam Street.

Pitts became alarmed at the sight of a marked police car. He began walking away from the group down Rosa Parks Boulevard towards Lyon Street. As he walked, he kept turning his head to keep an eye on the officers.

Police officer Mohammad Bashir drove parallel to where Pitts was walking and saw a heavy object on Pitt’s right hip.

Seeing Bashir’s police car, Pitts reversed direction and headed on Rosa Parks Boulevard towards Putnam Street to avoid officers. Bashir rolled down his window and asked Pitts to speak with him.

Bashir also opened his patrol unit door. Pitts immediately began to flee on foot while securing his alleged gun with his hand.

Bashir chased after him down Putnam Street towards Mercer Street. A second police officer, Jon Dabal, ran into the street to intercept Pitts. As Bashir chased him, Pitts discarded the handgun over the fence of 96 Lyon Street.

As he fled onto Butler Street, police officers briefly lost sight of him. Police received information from a concerned citizen that Pitts scaled a gate and was in the yard of 99 Lyon Street.

Police set up a perimeter and checked the yard.

Dabal found Pitts lying down on the rear steps of the location. He was met with resistance in attempting to arrest Pitts, police said.

Pitts was transported to St. Joseph’s Regional Medical Center for minor injuries. He was treated and released.