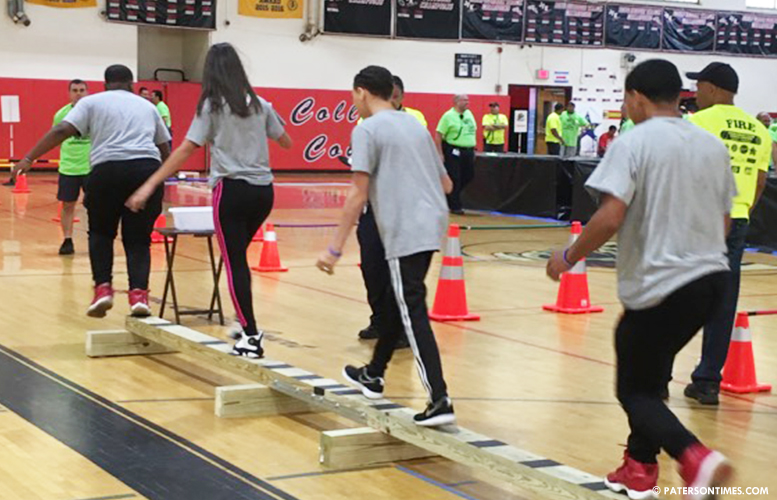 More than 100 students from all over the school district competed in an obstacle course in the first annual battle of the junior school safety patrols at John F. Kennedy High School on Saturday.

“I really liked today,” said 10-year-old Zy’ire Young, 5th grader at School 1. “It wasn’t like a real competition. Sometimes in sports things get too serious.” It certainly wasn’t a walk in the park. Young, who plays basketball on a regular basis, began to run out of gas while competing in the obstacle course.

“I was starting to get tired,” Young said. “But then, I kept pushing myself and went even faster.”

The competition put on by the AAA, Paterson police, and Paterson fire departments rewards school safety patrol members, students in fourth through seventh grades, for their work serving peers during the school year.

School safety patrol members help supervise younger pupils in hallways before school and at lunchtime. Patrol members also aide teachers in helping youngsters get in and stay in line at recess time.

“We were told about the game day while we were on patrol at our school in the morning a while ago,” said 9-year-old Michelle Medina, 4th grader at School 1. She was a little nervous about taking part in the competition.

“I decided to come anyway. When I came, I was still a little nervous. But when I started playing in the games, I felt happy,” said Medina.

Other students were also pleasantly surprised. 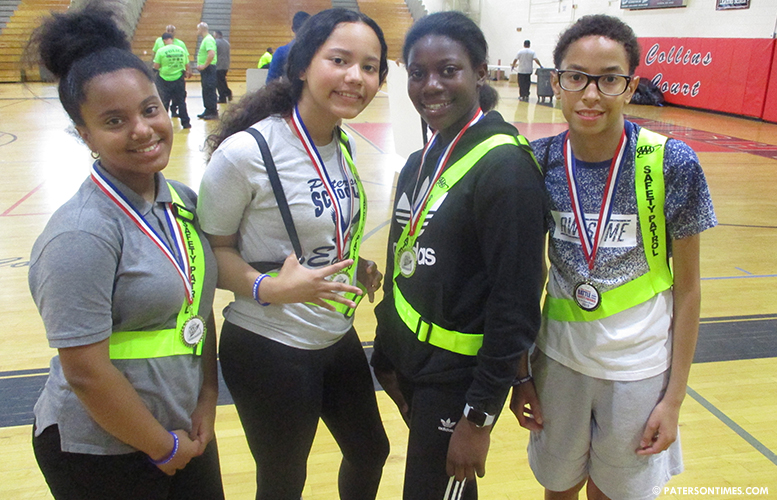 A quartet — Josmarie Aybar, Hannia Colon, Allana David, and Daverson Santos — of safety patrol volunteers from School 21 were thrilled by the contest.

“The puzzle at the end of the obstacle course was the hardest,” 13-year-old Aybar said.  “We had to use blocks to rearrange the letters AAA.”

“First we had to pull a 100-pound dummy,” said 13-year-old David. “Then we had to crawl through the tunnel. If you hit the sides you get five seconds taken off your time.”

It was a new experience for Santos

“I feel good. I did something I’ve never done before,” said Santos. 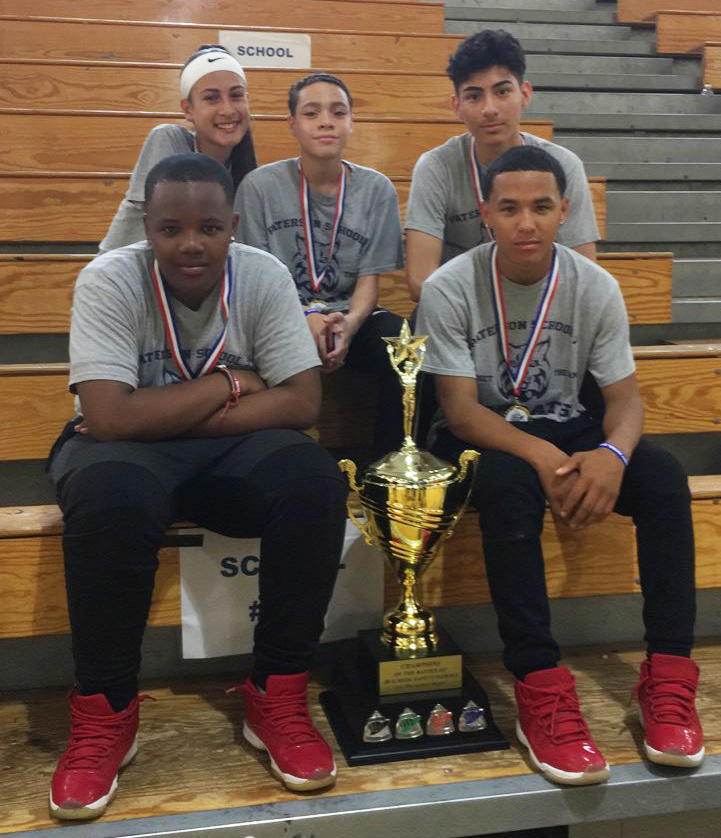 Pictured are members of the School 7 safety patrol, who won the contest.

“This was a great day,” said Candice Cummings, gym teacher and safety patrol instructor at School 7. She watched with satisfaction as student, tired but with smiles on their faces, left the gymnasium.

Cummings said she is already looking forward to next year’s competition.

For the students being part of their school’s safety patrol program carries high esteem.

“I love helping the little ones be safe. It is getting to the point where they will all know me by name,” said Hannia Colon, a School 21 student.