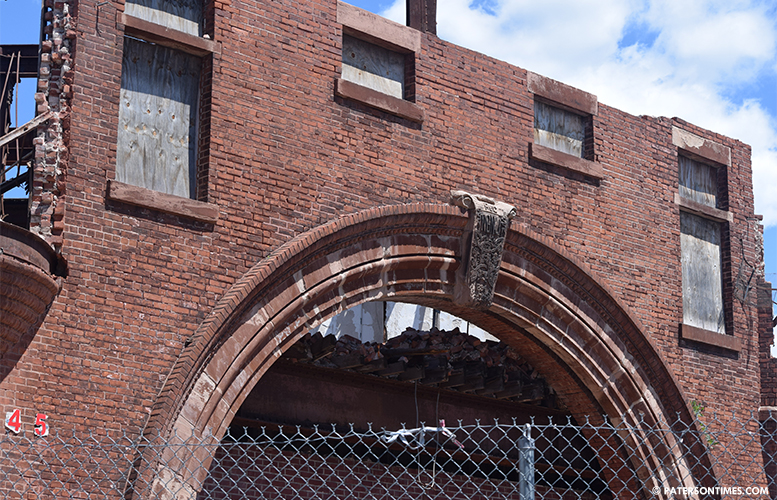 The demolition of the Paterson Armory can resume after the city obtained required permits from the Hudson Essex Passaic Soil Conservation District and the New Jersey Department of Environmental Protection.

Permits for the demolition were approved two weeks ago, confirmed Janet Rekesius, administrative services manager at the Hudson Essex Passaic Soil Conservation District. Municipal officials hadn’t obtained pre-approvals for the demolition which prompted the district to issue a stop-work order in April.

Councilman Luis Velez said demolition crews returned to the site on Tuesday. Officials expect the demolition to be completed in the next several weeks. Delays in demolition has kept the city from finalizing sale of the site for $3 million to prominent developer Charles Florio.

The city is anticipating the $3 million revenue in its fiscal year 2019 budget that ends on Jun. 30. Florio said he expects to close on the property within 30 days.

Florio is building a luxury apartment complex at the Paterson Armory site for $15 million. He received approval for the project in late March. He also received the Board of Adjustment resolution he had been waiting on two weeks ago.

“Looks like we’re all heading in the right direction,” said Florio on Wednesday. He has engaged an architect to produce drawings for the project. Structural drawings will be done in early July, he said, paving the way for groundbreaking and beginning of construction.

It will take 18-24 months to build the luxury apartment complex, he said.