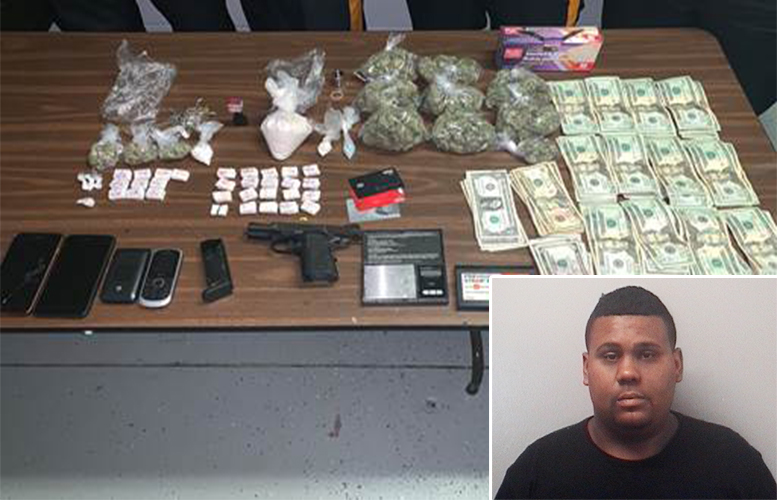 A city man stopped while exiting a driveway by officers on Summer Street was arrested for alleged gun and drugs possession, according to Passaic County Sheriff Richard Berdnik.

Gary Cabrera, 25-year-old, was coming out of the driveway leading to the rear of 481 Summer Street at around 3:20 a.m. on Thursday, authorities said. Officers stopped him. Cabrera reeked of marijuana, authorities said.

An American Tactical Fatboy handgun was recovered from Cabrera’s room, authorities said. $1,412 in suspected drug money and numerous drug paraphernalia were confiscated from the apartment.

Berdnik said the drugs seized has a $20,000 street value.