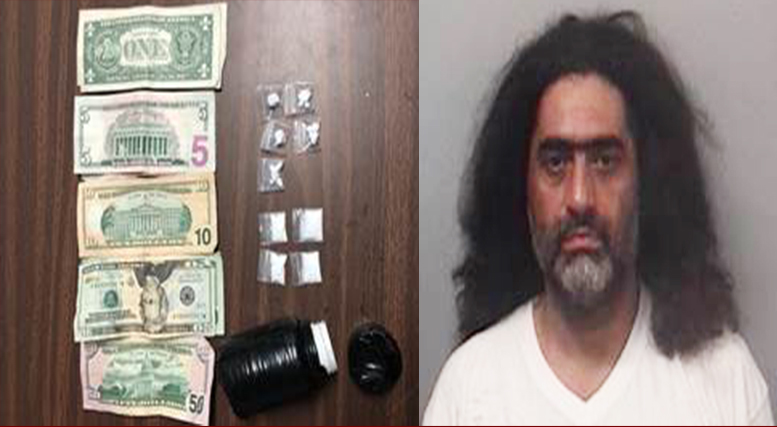 A city man wanted on an outstanding warrant for drug possession was arrested on Jersey Street on Monday afternoon, according to Passaic County Sheriff Richard Berdnik.

Edwin Aviles, 44-year-old, has been charged with three drug offenses. He was sitting on the steps of a New Jersey Transit property on Jersey and Oliver streets at around 5:34 p.m. He was recognized by detectives for having an outstanding criminal warrant.

Detectives asked him what he was doing on NJ Transit property. Aviles told them he was just sitting on their steps to smoke a blunt. A plastic container wrapped in black electrical tape containing 9 small clear zip lock baggies containing suspected crack cocaine was found directly under the steps where Aviles was sitting, authorities said.

Aviles is being held at the Passaic County Jail.