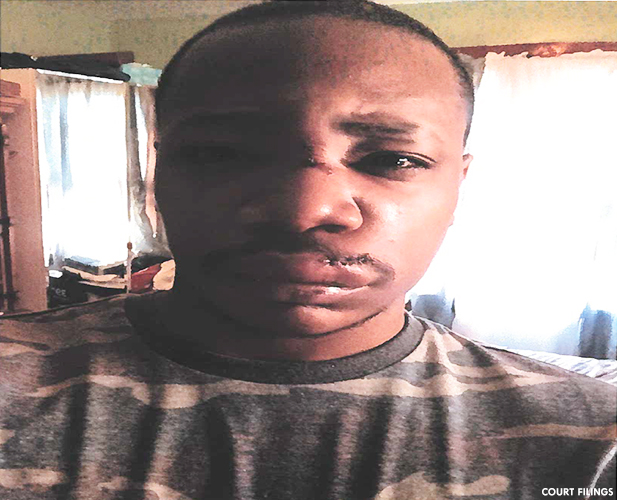 A man is alleging Paterson police officers viciously attacked him, breaking his nose and knocking out several of his teeth, without provocation during an encounter on Crooks Avenue, according to state court documents.

Justin Montgomery claims several police officers attacked him with flash lights and nightsticks on Dec. 22, 2018 in the vicinity of the Quicks Food Store. He alleges one police officer, Spencer Finch, “forcefully struck” him in the face with a night stick, breaking his nose and knocking out several teeth, according to court records.

Montgomery chronicles the events that led to the encounter seven months ago. He and five friends stopped to buy snacks at the Quicks Food Store at 355 Crooks Avenue on their way home from a game of pool.

At the store, Montgomery was on his cellphone while his friends made purchases.

A store manager suddenly grabbed one of Montgomery’s friends by the wrist and accused him of stealing two small ice cream items.

Montgomery left the store to retrieve the receipt of the allegedly stolen items from his friends who were returning to their van. He returned to the store with the receipt and the cashier agreed the items were paid for.

He and his friends returned to their vehicle to leave.

Several police officers appeared on the scene and surrounded the van. Finch allegedly grabbed Montgomery by the neck chain and pulled him out of the van.

“Tell us where the drugs and guns are,” police yelled while beating him with a night stick. Montgomery told the police he had done nothing wrong.

Finch allegedly beat him breaking his nose, splitting his lip, and knocking out several of his teeth.

Montgomery cites a pair of Star-Ledger and Paterson Times stories to assert Finch allegedly has a “history of using excessive force” during arrests.

Montgomery was then put in handcuffs that were so tight that he required stitches to close the wounds on his hands.

Montgomery was taken to St. Joseph’s Regional Medical Center for treatment. He was thereafter taken to the Passaic County Jail. He was charged with robbery, resisting arrest, and aggravated assault on a police officer.

Montgomery was the only one charged in the incident. He wasn’t the person incorrectly accused of stealing the food items, according to court records. He alleges police officers filed a false report claiming he had assaulted the officers and directed derogatory comments at them.

Montgomery, 18 years old at the time, did not have any criminal records, according to court filings.

“I have never had any prior contact with the criminal justice system,” said Montgomery in his court filing.

Charges against Montgomery were downgraded. He was admitted to a Pre-trial Intervention program (PTI) and given a six-month community service sentence. His court filing state he “did not enter any guilty pleas as part of the resolution” of the case.

Montgomery filed an internal affairs complaint against the officers that remains unresolved.

Montgomery claims his public defender told him to wait until the criminal case is resolved before filing a civil case against the city.

After the criminal case was resolved, Montgomery retained a lawyer. He found out time ran out for him to file a tort claim notice, a required step before filing a lawsuit against a municipality.

Montgomery had to file the claim within 90 days of the incident. His attorney, Frank Arleo, is asking a judge to extend the filing time frame to allow his client to file a claim due to “extraordinary circumstances.”

Public safety director Jerry Speziale said he could not comment on a case in litigation.