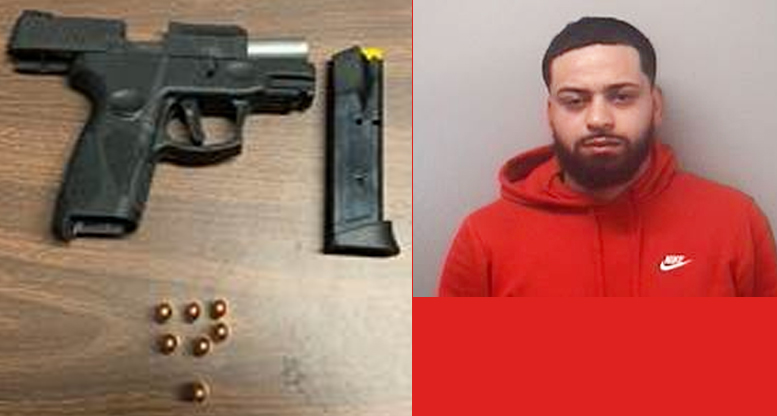 A man was arrested allegedly in possession of a loaded handgun early Friday morning, according to Passaic County Sheriff Richard Berdnik.

Ibrahim allegedly approached a woman and her boyfriend sitting in the front of their home on Coral Street. A caller told police the gunman was wearing a red hooded sweatshirt.

Passaic County Sheriff’s officer Jason Michaels responded to the area. While turning onto Coral Street from Union Avenue, Michaels observed the individual dressed in a red hoodie standing next to a white van across from 123 Coral Street.

Ibrahim was observed standing next to the couple. While approaching Ibrahim, the officer observed a bulge in his front waistband. A search produced a Taurus G2C handgun loaded with seven 9 mm rounds on Ibrahim’s person.

Other law enforcement units converged on the scene. Ibrahim was taken into custody and charged with weapons offenses.