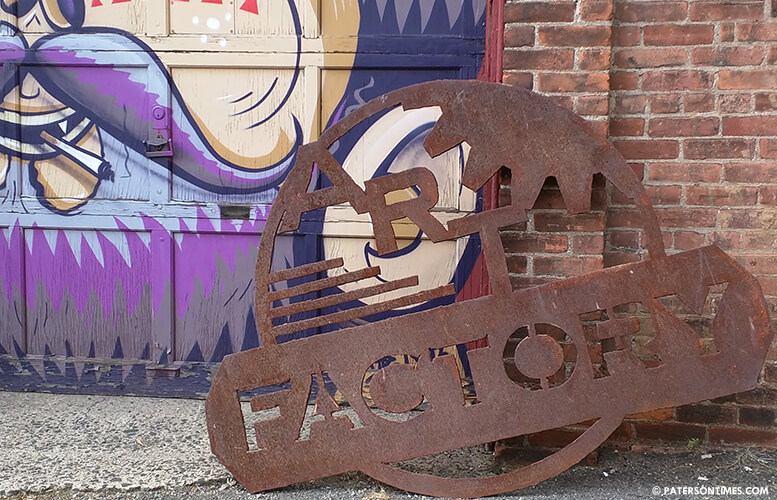 A New York woman has filed a lawsuit against the Paterson Art Factory claiming she injured herself on a stairwell.

Lisa Attianese of Richmond County, New York filed the case on Jun. 25. Her lawsuit says she visited the Art Factory on Oct. 6, 2018. She injured herself on a “metal stairwell by the loading docks adjacent to the premises,” according to the lawsuit.

Attianese alleges the Art Factory did not take steps to address the “dangerous condition” that caused her “serious and permanent personal injuries” and required hospitalization.

“We don’t have any metal stair cases,” said David Garsia, owner of the Art Factory. He said the building has fire escapes, but visitors should not be using them unless there’s an emergency.

The stairwell where Attianese injured herself. Image provided by her attorney.

When told of the Art Factory’s response, Attianese’s attorney, Orin Cohen, said, “I’m not going to litigate that over the press.”

Cohen provided a picture that shows a red metal stairwell, where his client allegedly injured herself.

The lawsuit provides no details of the extent of the woman’s injuries. It also does not state how she injured herself on the stairwell.

Attianese is seeking an unspecified amount in damages.