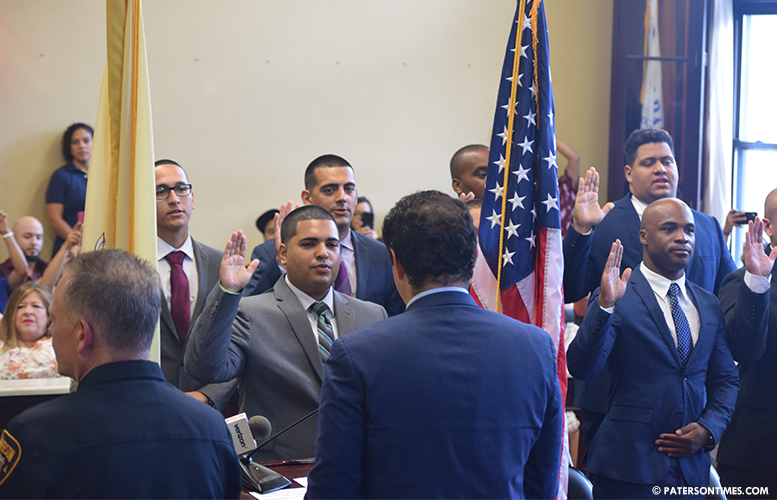 Recruits will spend the next six months training at a police academy. They will be deployed out into the streets towards the end of the year.

“Today is a first step in a very long journey,” said public safety director Jerry Speziale to the recruits at City Hall. “The badges you will wear when you graduate from the police academy may, at first glance, appear thin to you, but they remain a heavy responsibility.”

Speziale told the men and women they are now leaders in the community. He told them to be fair in dealing with residents and never betray the public’s trust.

“I’m big on having more women on the force. To see three out of the sixteen makes me proud, ” said council president Maritza Davila. “I want to commend all of you for making the commitment in spite of the temperature in Paterson when it comes to our police department.”

Police came under criticism following the death of Jameek Lowery earlier in the year.

With the 16 new recruits, the total number of officers in the force climbs to 405, barely keeping up with retirements.

Over 20 police officers will retire from the force in August presenting a big challenge for the city.

“For us to develop, for us to grow, we’re going to have to have a safer city because investor ask, when they are here in Paterson, ‘Is it safe?’” said Sayegh. Homicides were down 50-percent last year, according to police data.

Sayegh’s administration is planning to bring on a big class of 100 police officers to replenish the force later in the year.

“We’re trying to fill the gap of retirements,” said Speziale.

The new recruits will start at $34,000. Police officers earn much more through overtime and off-duty work.

The officers sworn in were:

All 16 recruits are ostensibly Paterson residents. 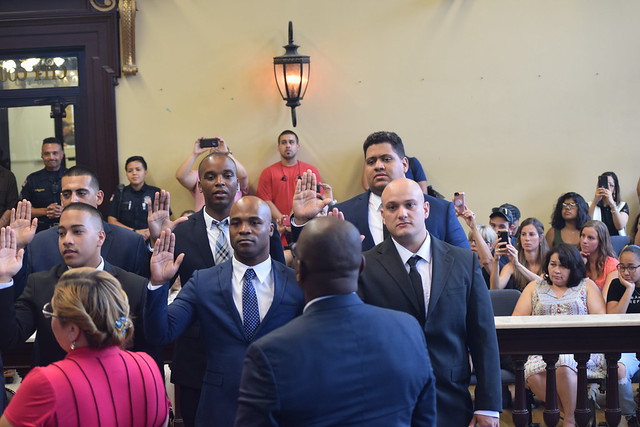