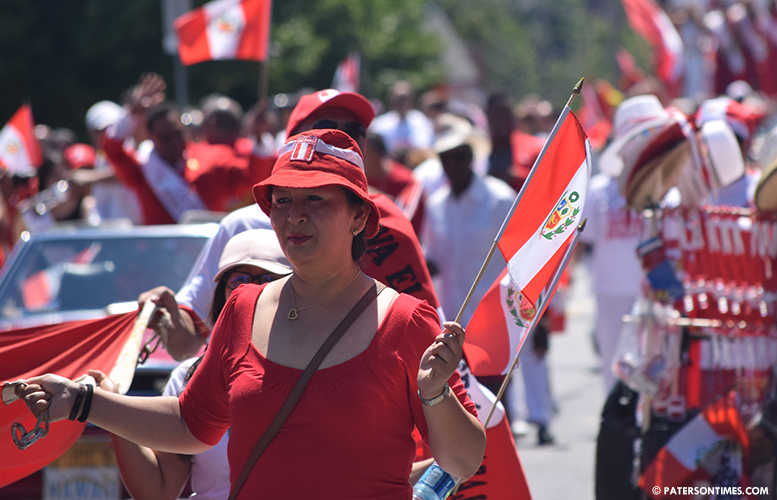 For the second time in its 33 years of existence, the Peruvian parade will not be marching through Paterson.

Mario Lopez, president of the Peruvian Parade organization, said his group could not afford to pay $35,000 in security and clean-up costs required by a Paterson ordinance. Under a municipal ordinance passed in 2015, parades must pick up 40-percent of the police and public works costs incurred by the city.

“We cannot pay that amount,” said Lopez. “We don’t want to take on a big debt.”

“I’m saddened. This parade promotes our culture,” said Davila, who is of Peruvian descent. “I wish something could have been done.”

Davila said there’s a “lack of leadership” at the Peruvian Parade organization that is to blame for the situation. She made her case by citing the organization’s failure to pay the city for last year’s parade.

Lopez wanted the council to forgive the balance, said Davila.

Last year, she said the permits for the parades were issued at the last minute. Permits were issued on Friday when the parade was scheduled to march through Paterson on Sunday.

“Last year, we worked with you,” said Davila. She said she met with Lopez and another member of the parade organization in May to avoid an eleventh-hour situation like last year.

“I think he tried to help,” said Lopez.

“Director Speziale and I met with the parade organizers and proposed that they curtail the route and end in South Paterson to reduce costs. After considering our proposal, they ultimately decided that they would not pursue that option,” said Sayegh.

“Why not make it a little smaller?” added developer Charles Florio, who donated to the parade two of the past three years.

Florio said the group hasn’t reached out to him for a donation this year. He gave approximately $12,000 in each of those two years. He also gave them a 10-year free lease of office space at 59 Mercer Street, he said.

Lopez’s organization appears to be genuinely struggling. The parade organization had $171,362 in revenue, but $209,600 in expenses in 2016, according to its tax returns.

The parade not marching through Paterson means a big loss of cultural capital for the city, said Lopez. Local merchants, who see a boom in business as tens of thousands of people descend on Paterson, are expected to suffer.

Lopez said the parade was founded in Paterson in 1986. Since then, it has marched every year, except for 2012, when ex-mayor Jeffery Jones tried to force parade groups to pay up.