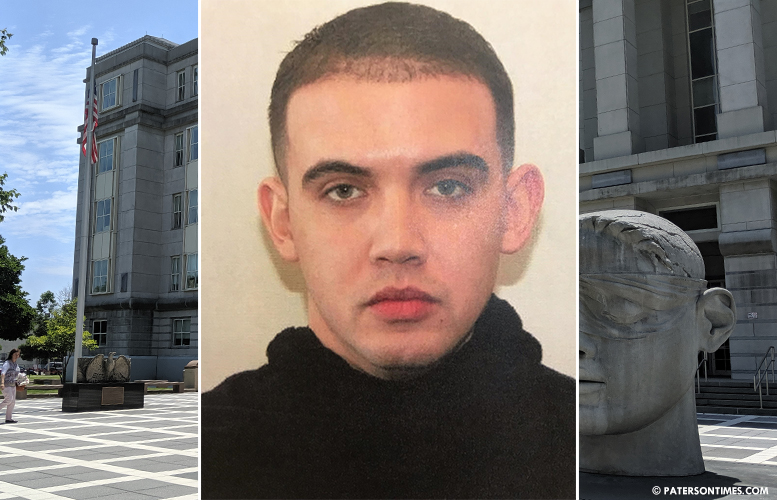 A seventh police officer has been charged with violating people’s civil rights as part of an extensive FBI investigation into corruption at the Paterson Police Department.

Toledo worked with other rogue police officers – including Eudy Ramos, Jonathan Bustios, Daniel Pent, Matthew Torres – to stop and search cars without justification. They would steal cash and other valuables from the occupants of the vehicles and share it amongst themselves.

Authorities said Toledo and other officers also stopped and searched people on the streets and took their money.

The rogue police officers would file false police reports to cover up their criminal activities. For example, on Dec. 2, 2017, Toledo and Ramos stopped and arrested a person in Paterson and took $1,000 in cash. Both men split the cash and filed a false police report omitting that $1,000 was taken from the arrestee.

Toledo and the other officers coordinated their activities through text messages. In one text message, Nov. 6, 2017, Bustios wrote to Toledo, “Yo what the f— are you doing? I’m tryin’ to go mango hunting. Let’s goooo!” Mango is a code word for cash.

In the first incident, Toledo chased and arrested a juvenile. He pushed the juvenile to the ground and landed several punches.

“I’ve been borderline blacking out when I catch these n[ ],” Toledo told Bustios recalling the chase and beat down. “I beat that n[ ] like he owed me money.”

Toledo told Bustios that when he used force on that juvenile he “was no longer a cop.”

In the second incident, Toledo and Ramos chased and tackled a person and struck the individual several times. The person was later released without charges. A third party recorded the incident and posted it on YouTube.

Toledo told Bustios the third party “missed the best part” when he “laid him out.” He then added, “funny shit is that we cut him” and “didn’t even lock him up.”

In the third incident, Toledo and Torres arrested a person, handcuffed him behind his back, and put him in the backseat of their police car. As he was being transported, Toledo floored the brake pedal of the car to force the person to slam his body and head against the divider in the squad car.

Toledo recorded the incident on his phone and sent it to others.

Some of the victims filed complaints with the police Internal Affairs. Toledo admitted to giving false statements to investigators.

“The U.S. Attorney’s Office and our law enforcement partners remain committed to identifying and prosecuting corrupt police officers who violate the civil rights of our people,” said U.S. Attorney Craig Carpenito. “We will continue to aggressively pursue these cases, and we are grateful to our counterparts at the FBI, the Paterson Police Department and the Passaic County Prosecutor’s Office, for their dedicated assistance on this investigation.”

Toledo was suspended from the Paterson police force in May 2018. He was charged in April 2019, authorities said at the hearing on Tuesday morning. He was first hired in Jul. 2014.

“When I became Chief of the Paterson Police Department, I pledged my honor to protect and serve this community. As part of that pledge, I have been working with the FBI to clean house of anyone who violates that same oath,” said police chief Troy Oswald. “The public should take notice that the officers we have lost with recent prosecutions are officers who are not worthy of carrying the shield for this Police Department. I will continue to work tirelessly to see that every officer working for this Department demonstrates respect for the members of this community.”

“This is yet another frustrating and sad day for Paterson when a police officer once trusted to protect and serve betrays those who empowered him,” said Sayegh. “The behavior for which he pleaded guilty is racist and reprehensible and will not be tolerated by this Administration.”

Sayegh has called for an independent audit of the police force and to equip officers with body cameras. His administration is working on both, he said.

“We identified this officer’s behavior and took immediate action to investigate and cooperate with our federal law enforcement partners. I am committed to aggressively removing officers who betray the trust of the people that they serve,” said public safety director Jerry Speziale.

Other six officers netted in the corruption investigation are Pent, Bustios, Ruben McAusland, Ramos, Torres, and Roger Then.

McAusland and Then pleaded guilty and were sentenced to prison three months ago. Other officers’ cases remain pending.

“When a police department finds rogue officers who violate civil rights, we will answer the call to help rid that department of anyone who tarnishes the badge they wear,” said Gregory W. Ehrie, FBI special agent in charge in Newark.