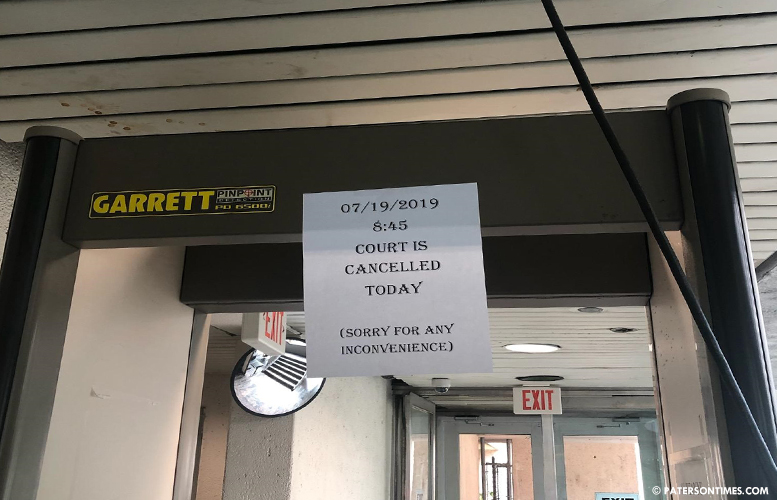 For the third time this week, the Paterson Municipal Court had to cancel its court sessions due to excessive heat.

Municipal officials posted a sign at the entrance to the court building on Broadway stating “court is cancelled today” on Friday morning.

Court administrator Manny Quiles said there’s unbearable amount of heat in the courtrooms. He said the court had to cancel afternoon sessions on Wednesday and Thursday as well.

Quiles said the excessive heat is limited to the courtrooms. He said staff remained working at the building on all three days.

Public safety director Jerry Speziale said the police department hasn’t experienced the same problems as the courts over the past three days, when temperatures climbed well above 90 degrees.

Quiles said he hopes to restore normal operations on Monday morning, when the chiller will be in full operation to cool the courtrooms.

For years, the public safety complex has had problems in winter and summer due to inadequate heating and cooling systems. Last December, the City Council awarded a $1.8 million contract to Johnson Controls of Edison to upgrade the building’s heating, ventilation, and air conditioning (HVAC) system to rectify the problem.