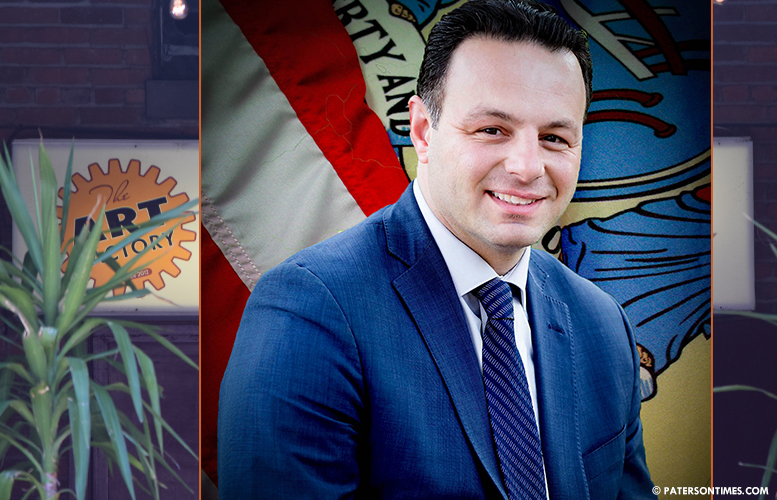 Mayor Andre Sayegh’s controversial One Paterson group began sending invites out to guests for its second annual mayor’s ball fundraiser late last month. Its venue, the Art Factory, at the time, lacked the required certificate of occupancy to host the event.

“I just picked it up,” said David Garsia, owner of the Art Factory, referring to having a certificate of occupancy, on Monday morning. He didn’t have it on Jul. 3, when the Paterson Times sought a copy of his building’s CO from the city. He was approved for a temporary CO that has to be renewed every 30 days on Jul. 11.

Some local activists raised questions about One Paterson hosting its fundraiser at the controversial venue lacking a certificate of occupancy over the past weeks. “All the sudden they have a temporary CO? Who else gets this type of access?” asked political activist Ernest Rucker. He alleged the mayor “pulled strings” for the Art Factory.

Under pressure from activists and the mayor’s critics, David Gilmore, director of Community Improvement, which handles building code enforcement in the city, faced increasing pressure to take actions against the Art Factory.

“My interest here is public safety,” said Gilmore on Monday. He said he does not want a Ghost Ship like incident taking place in Paterson under his watch, referring to a fire at a warehouse turned artist collective in Oakland, Calif. that claimed the lives of 36 people in 2016. “At least, I did my part. I don’t want it on my watch or on my conscience.”

Gilmore met with the mayor and his business administrator to discuss the situation several weeks ago.

“It’s not my issue. It’s their issue,” said Pascrell speaking of the Art Factory. It’s not One Paterson’s job to check whether the Art Factory has a certificate of occupancy, he said. “The venue hosts weddings. They did over 100 weddings last year.”

“We’re not doing entertainment, we’re having a dinner,” said Pascrell. “We’ll have music, but there won’t be dancing.”

Pascrell said the venue is not providing the music for the event. An attorney, Pascrell said dance hall license is for nightclubs. He doesn’t think the venue requires an entertainment license.

“No performance, show or entertainment of any kind shall be given on any street or in any building or other place in the City for any price or gain without first having obtained a license therefor as hereinafter provided by this chapter,” reads the local ordinance requiring venues to have entertainment licenses. “No owner, occupant or other person having the ownership, possession or control of any house or other building or of any lot or premises in the City shall knowingly suffer or permit any of the performances, shows or entertainment specified in this chapter to be shown, given or performed thereon or therein unless a written license therefor has been issued as provided by this chapter.”

Garsia said he has picked up applications for both licenses.

“He wouldn’t be required to get an entertainment permit. If he goes to pursue it that’s fine. It has no impact on our event,” said Pascrell.

Some well-heeled developers — owners of Center City Mall and Charles Florio — are boycotting the mayor’s ball due to friction with the Sayegh administration. Both bought tables at last year’s ball.

Last year, One Paterson raised $240,000, mostly through the mayor’s ball hosted at the Brownstone. This year, the Brownstone will cater for the event at the Art Factory.

“OnePaterson seeks to enhance the quality of life for all who live, work and play in our city. Working with our neighbors, local businesses, the Mayor, his administration and the City Council, OnePaterson strives to create a vision for a safe, thriving, and prosperous Paterson,” says the second annual mayor’s ball event page.

One Paterson has been facing criticism since its creation. Some criticized the group for not releasing its donors, worrying companies and individuals may be contributing to the group in return for favorable treatment from the Sayegh administration. The group has said it will consider releasing names of donors.

When the group launched its website “as a platform for uplifting the historic city” and showcasing its work on Jul. 1, some council members objected to having their pictures on the “Meet our team” page.

One Paterson quickly took down the nine council member’s photographs from the website.