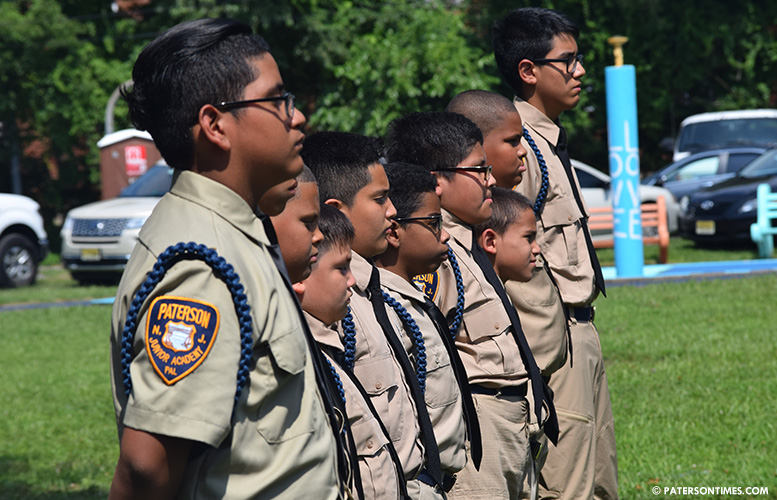 A couple dozen youngsters were paired with police officers on Saturday morning as part of a new initiative called “Cops Adopt a Kid,” a one-to-one mentoring program, introduced by the Paterson Police Athletic League (PAL).

“Why are we do this? To build a bridge between law enforcement and our youth,” said Agostino Feola, Sr., director of the Paterson Police Athletics League, to a packed room at his building in Buckley Park. He said the officers, from the Paterson Police Department and the Passaic County Sherriff’s Office, will mentor the young people, 25 city youngsters, who signed up for the junior police cadet program.

Police officers are volunteering their time for the initiative, said Feola. He said the officers will meet with the youngsters, ages 10 through 15, every Saturday. The 25 youngsters started junior police academy, a 20-week program, seven weeks ago, he said.

“She’s the only female. It’s good to expose her,” said Sergio Albino, looking at his daughter 11-year-old daughter Mariam Seaman in formation at Buckley Park. “She has to get used to it.”

Albino and other parents signed up their children for the program in hopes of steering them towards law enforcement careers.

Twins Ali and Mohammad Beydouin, 10, want to join the police force. Both boys said they plan to ask their mentors what it takes to join the ranks of law enforcement.

Feola said he is almost certain the Beydouin boys will become police officers. He has been conducting outreach to get more Arabs from South Paterson into the program.

Mayor Andre Sayegh said he sees the junior cadet program as a potential pipeline to recruit a police force that reflects the community.

“Being adopted by a cop will allow you to know the ins and outs of what it takes to be a police officer which is by no means easy,” the mayor told the youngsters.

“It’s important we have mentors for our kids,” said Passaic County sheriff Richard Berdnik. “Giving guidance to our youth is just so important. Who knows what we have here – a chief of police, a sheriff, maybe even a future governor.”

Municipal judge Abdelmageid “John” Abdelhadi echoed the same. He told the youngsters they could become attorneys and judges as well.

Abdelhadi swore in the youngsters.

“I love this,” said Sorce, who cut the ribbon unveiling the program on Saturday. “I wish someone had done this for me when I was a kid.” 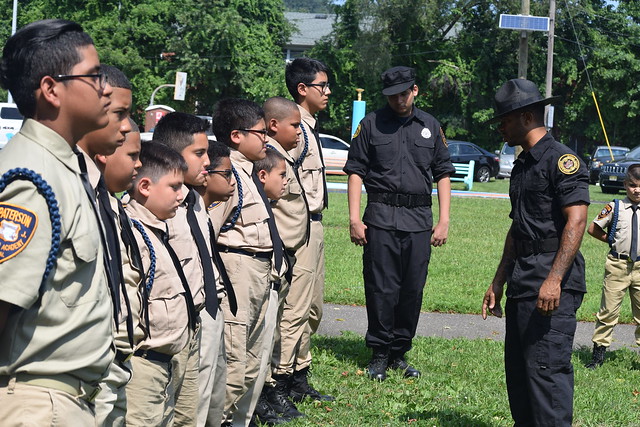