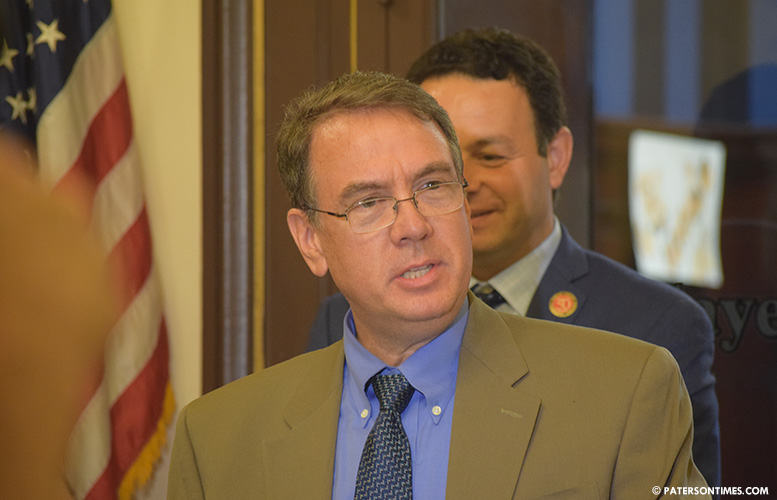 A chief innovation officer – tasked with coming up with new ways to provide services to residents and improve the functioning of a sclerotic municipal government – has joined mayor Andre Sayegh’s administration.

Edward Boze is the first member of the “Innovation Team,” said Sayegh in welcoming the chief innovation officer at City Hall on Tuesday morning. A second member, chief data officer, will join in September.

“The chief innovation officer, instead of being responsible for a particular department or division, will bring a project-based approach to all of city government and will be tasked with applying an innovative lens to address the city’s most pressing issues, like public safety or improvements to city services,” said Sayegh.

Sayegh said Boze brings “tremendous experience” to the job. Boze worked as a senior actuarial analyst, software project manager, and consultant at PwC for a decade. He was a liaison to Xerox’s research and development labs at Palo Alto Research Center. A Six Sigma Black Belt, Boze formed the firm’s Center of Excellence. He created the Office of Innovation as vice president of innovation at Xerox.

“We’re not going to be catching up with other cities, we’re going to be leapfrogging over them,” said Boze.

Boze said part of his job includes creating a “Paterson Innovation Ecosystem” made up of residents, businesses, startups, and college students. He will hold a series of town hall meetings to crowd source solutions to the city’s many intractable problems. He will also identify things the government should cease doing.

“We have to stop doing things that are stupid,” said Boze.

Sayegh said Boze will start working on Aug. 26. His salary will be $100,000. Innovation team salaries are funded through a $750,000 Henry and Marilyn Taub Foundation grant. Funds will be disbursed over a three-year period. Team members are employees of the Passaic County Community College, but will work out of an office on the second floor of the historic City Hall.

“This is just a start. There’s a lot of ways we can work together,” said Steve Rose, president of the Passaic County Community College. He said the partnership between the city and the college are similar to those formed between colleges and their home cities across the U.S. “It is only through innovation that we can thrive in these changing and challenging times. This new partnership is a great example of how we all benefit when we work together.”

The Henry and Marilyn Taub Foundation awarded the grant to put in place “best practices” learned through Sayegh’s participation in the Bloomberg Harvard City Leadership Initiative.

“We are pleased to collaborate on this important initiative with Bloomberg Philanthropies, Passaic County Community College and the City of Paterson and look forward to seeing innovative approaches applied to municipal management,” said Barbara Lawrence, executive director for the Henry and Marilyn Taub Foundation.