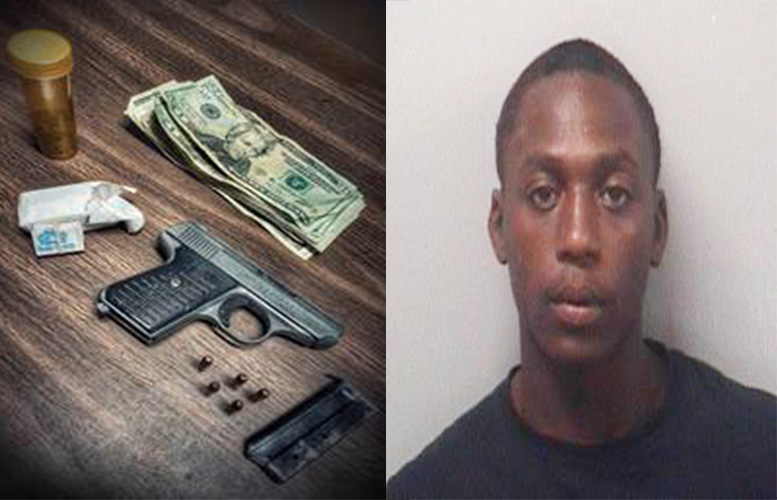 An 18-year-old man and two juveniles were riding in a car with a semi-automatic handgun and heroin in the area of Jefferson Street on Monday night, according to Passaic County Sheriff Richard Berdnik.

Asheek Logan, 18, of Paterson, and the two juveniles, were arrested after authorities pulled over their Nissan Altima for failing to signal a right turn onto North 5th Street at around 8:46 p.m.

Upon approaching the occupants, officers smelled marijuana. A search of the vehicle yielded a loaded Bryco Arms .22 caliber semi-automatic handgun and a brick of heroin, authorities said.

Logan was released after processing with a court date.