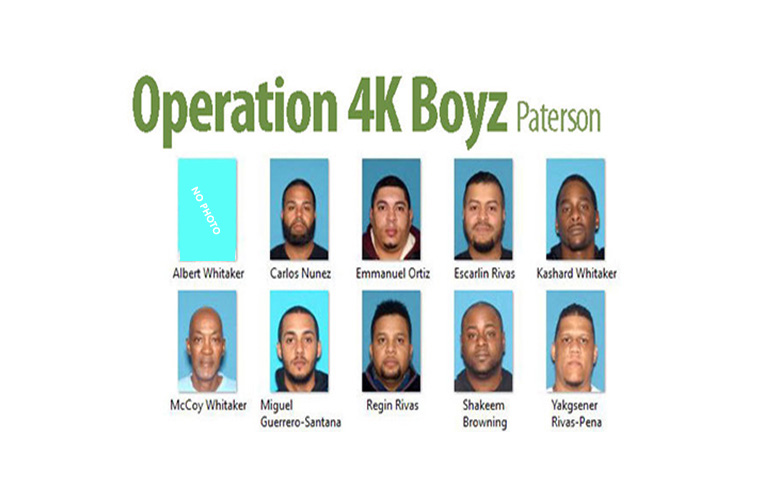 $60,000 in cash was confiscated, authorities said.

Authorities identified Kashard as the leader of the network. He allegedly commanded a ring of suppliers and street-level drug dealers.

Kashard was allegedly buying 25,000 to 30,000 wax folds of heroin and fentanyl a week for distribution to his network. His network then distributed the heroin to dealers and customers, authorities said. 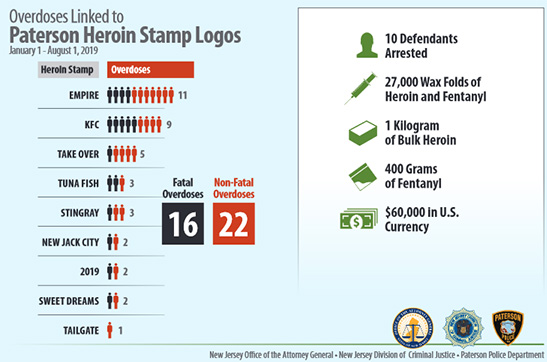 Authorities uncovered evidence that links drugs distributed by the network to overdose deaths, potentially paving the way for some of the alleged drug dealers to face strict liability for overdose deaths.

“Paterson is a major opioid distribution hub for users across North Jersey and into New York and Pennsylvania, and we allege that Whitaker’s network and the two mills that supplied him were major sources of heroin and fentanyl,” said Grewal said. “In those mills, drug dealers – not chemists – imprecisely mixed heroin and other agents with fentanyl to produce super-potent doses, engaging in a form of Russian roulette with users across the region.”

Authorities said Browning worked as a mid-level distributor. He reported directly to Kashard. McCoy, who is Kashard’s uncle, was a runner delivering drugs to customers, authorities said.

Kashard and Browning are members of the 4K Boyz street gang, authorities said.

“Location and other factors have made Paterson a center for heroin distribution across the region, but we are doing everything in our power to cut off these major opioid sources and bring drug traffickers to justice,” police chief Troy Oswald said.

Authorities executed search warrants at the mills and stash houses to take down the network, seizing cash, equipment, and materials used to process and package the drugs.

“We undoubtedly saved lives by shutting down this supply line of opioids, and we will continue to protect the public by targeting major opioid sources,” Grewal said.

Correction (Aug. 9, 2019): A previous version of this report showed an incorrect image of Albert Whitaker. Incorrect image has been removed from the report.