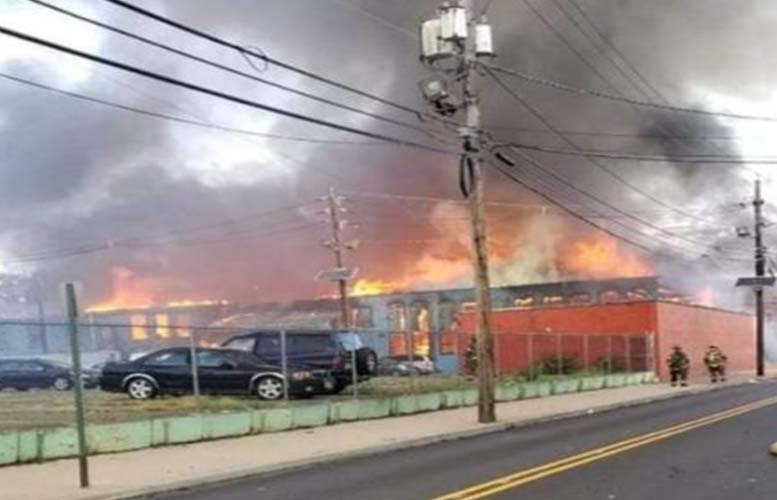 A massive fire broke out at the Straight and Narrow, a drug rehabilitation site run by the Diocese of Paterson, on Straight Street late Saturday morning sending plumes of black smoke into the air.

Firefighters responded to the fire at 410 Straight Street at around 11 a.m. Fire quickly reached fifth alarm.

As many as 300 people were displaced. The American Red Cross setup processing centers at School 21 and the Dale Avenue school to provide emergency assistance like shelter and food to the displaced residents.

Cause of the fire remains under investigation, according to officials.