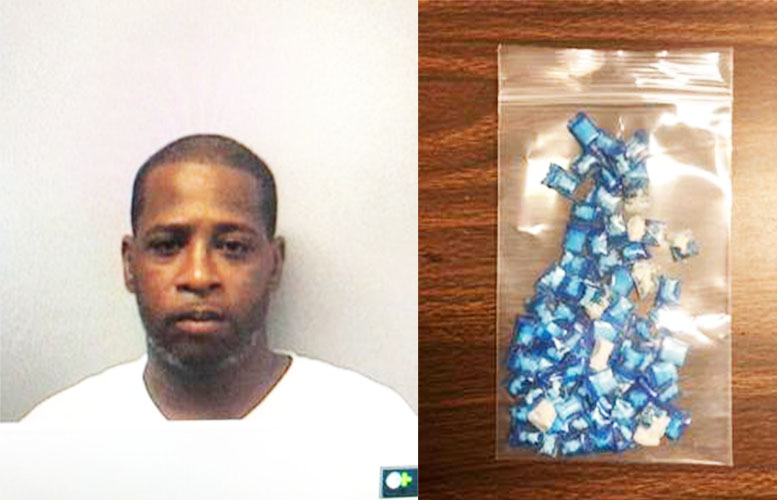 Richard Mann, 40-year-old, of Paterson, was arrested on Park Avenue and Summer Street at around 6:32 p.m. on Monday. He was placed in handcuffs for having an active warrant for his arrest for failing to pay child support.

Mann had a bulge in his zipper. When detectives asked him about the bulge, he voluntarily pulled a clear plastic bag from his underwear exposing 72 blue baggies of crack cocaine. He was charged with three drug offenses.

Authorities said Mann was taken to the Passaic County Jail.