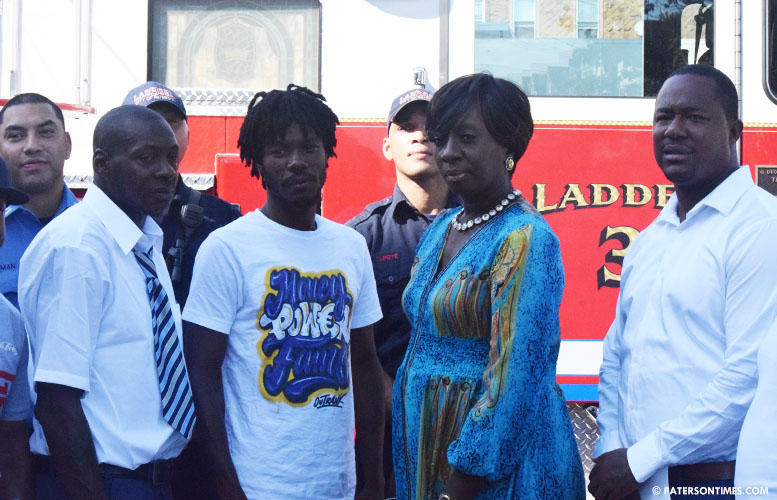 Nine men rushed to the scene of a fire on 10th Avenue and rescued two children who had been trapped in the attic.

Both children, approximately ages 6 and 14, leapt from the windows, said the men.

“Somebody came down the street and said there was a fire. We just ran over there. We tried to save the kids the best way we had. The door was too hot, so we went to the windows. They jumped,” said Lamound Walker, 42.

Walker and the other men spread their hands and prepared to catch them. A video posted on Facebook shows the youngsters jumping and the men catching them.

“We just caught them,” added Raymar Prince. He said the men knocked down the fence on the side of the house and formed a human trampoline for the youngsters to jump. “We didn’t have no tools or nothing.”

“It was too hot,” interjected Jerome Alexander, 38.

The men arrived on the scene before firefighters and police. Police appeared on the scene after the first child had been rescued, said the men. The fire on Aug. 17 displaced 13 people from 395 10th Avenue at around 12:30 a.m.

One firefighter was injured. No civilian injuries were reported.

Councilwoman Lilisa Mimms saw the video of the rescue on social media. She was amazed at the men’s deed.

“It was heroic. If they were not there, God only knows what would have happened to those kids,” said Mimms. She recognized all nine men and bought them dinner at the JonJax Restaurant late Thursday afternoon.

The men, all of whom grew up at the former Alabama Projects, were having a get-together nearby when the fire broke out.

“It was second nature. That’s how we were raised,” said Javon Barrett, 34.

“It’s like the whole community just ran over there and did what they had to do,” said Walker.

Other men recognized were: 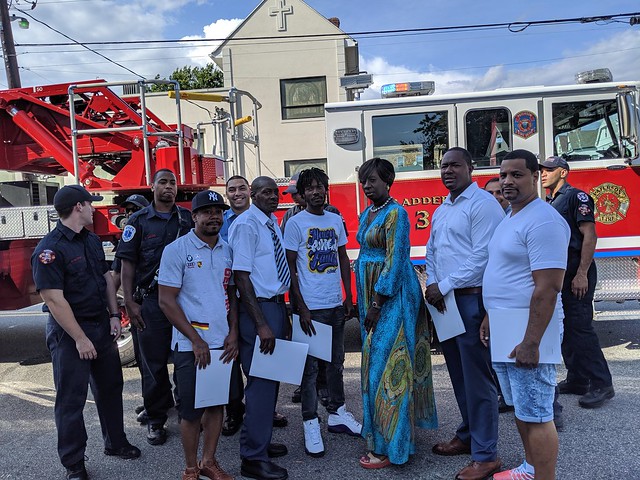