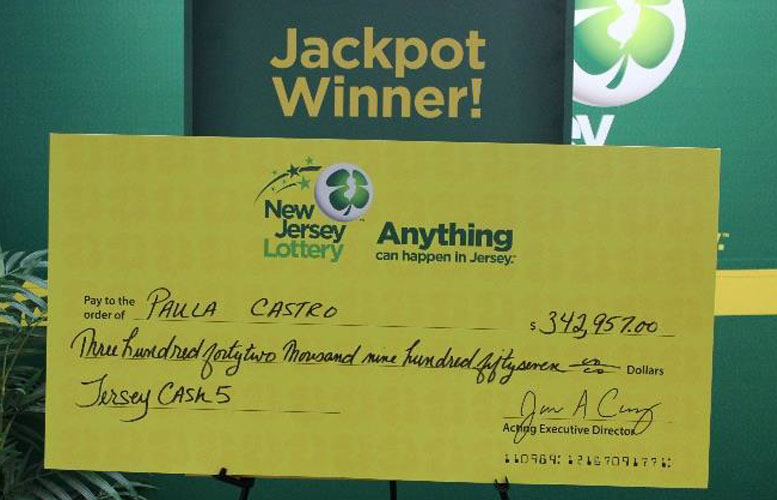 A city woman is getting a $342,957 check after she won the Jersey Cash 5 Jackpot in June, according to the New Jersey Lottery.

Paula Castro, a longtime New Jersey Lottery player, watched the lottery drawing on television on the night of June 20, 2019. Her numbers matched, but to her it seemed too good to be true.

Castro, who had purchased the three quick picks on a single ticket for $3 from the C-Town Supermarket at 444 20th Avenue, returned to the retailer the next morning to check if she had won.

Castro won the Jersey Cash 5. She was one of three lucky people in New Jersey to split $1 million. She called her husband, who plays scratch-off tickets, to tell him the good news. She shed tears of joy while telling her husband the couple had won.

Castro is looking to buy a new car and save some of the money for the future.