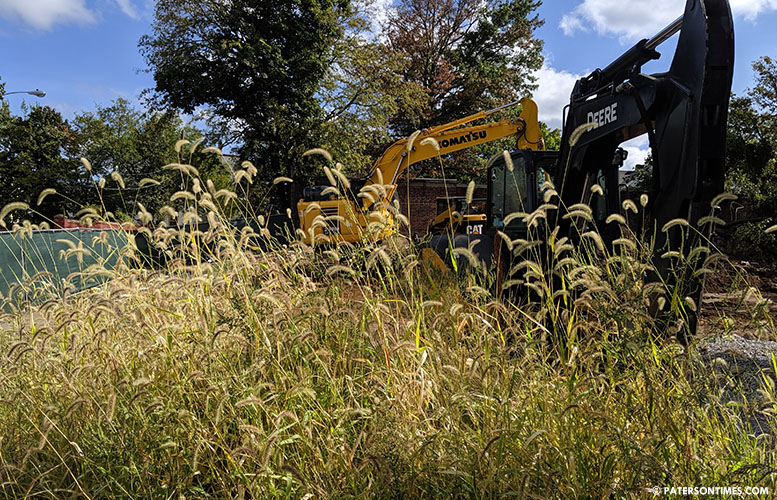 A crew with heavy machinery worked on clearing a tract of land on the hilly cul-de sac of Arlington Street on Friday to make way for two dozen units of housing.

Prominent developer Charles Florio is building seven three-story townhouse-style houses for a total of 21 apartments at 15-27 Arlington Street, according to municipal records. He received Paterson Planning Board approval for the project last Monday.

“People are saying they want homeownership. Let’s give it to them,” said Florio last Tuesday. He said the plan is to sell the units as condominiums to potential homeowners.

Florio said the project will cost approximately $1.4 million. Each house will cost $200,000 to construct, he said.

But that estimated price tag is likely to rise to $1.7 or $1.8 million due to lack of sewer connection on Arlington Street. His higher approximation also includes site work and site preparation, he said.

“We have to put in a sewer lateral in the street because there’s no hookup,” said Florio. “It’s going to cost me a couple hundred thousand to put in the sewer.”

Florio said construction on the seven houses will start in approximately four months. He said the homes will be completed in eight months thereafter.