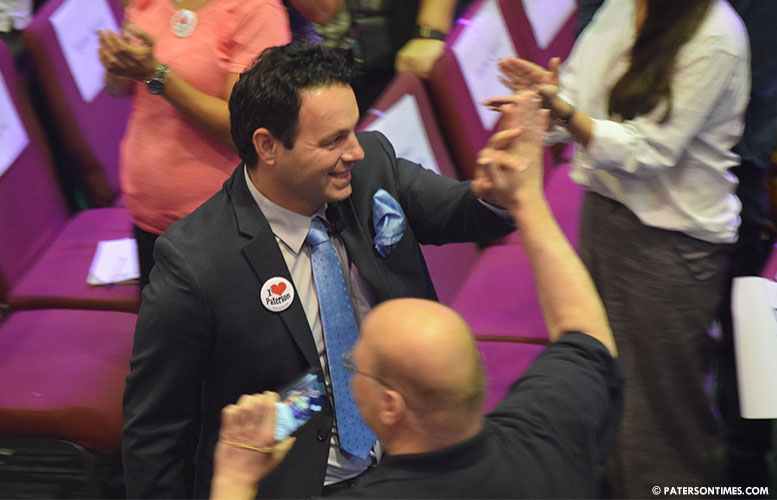 It’s not clear whether the raises will be retroactive which would cost taxpayers even more.

Some saw their arguments as self-serving and dismissed them. Neither Thomas nor Pou could persuade former councilman Kenneth Morris, who led the finance committee, to give pay increases while homeowners were being asked to contribute more and more.

Sayegh raised taxes 2-percent and collected another $3 million in a sewer fee increase last fiscal year. His budget has another 2-percent increase this year.

“I’m not in this for the money,” said McKoy. “I want to make sure when I leave, we’re able to recruit somebody who is a professional.”

Sayegh last Friday said the business administrator’s salary would be increased to $150,000. He also argued the city’s pay for directors is not competitive with other similar municipalities in New Jersey.

“We all have some reservations,” said Flavio Rivera, chairman of the finance committee, on Tuesday morning. His committee has so far refused to give its blessings to a salary increase ordinance that has been floating for nine months.

Velez said he does not see an increase in revenue to justify the raises. The business administrator said the funds for salary hikes were in last year’s budget as well, but the council never acted on the ordinance to give the increases.

“Why are any raises even put into this introduced budget with the expectation to give increases where performance has not presented itself?” said Michael Jackson, 1st Ward councilman.

Jackson asked people in the audience to raise their hands if services improved in the past year.

No hands went up.

“Can I get one? How about at home? If any one of you feel the services has gotten better and people that have been hired have been doing such a phenomenal job that they deserve raises please text me and I will stop talking,” remarked Jackson.

Jackson said the mayor is proposing salary increases without any performance evaluations. He criticized the 11-percent salary increase Sayegh gave to his chief of staff Kathleen Long.

“I respect the BA,” said Jackson, “but he took the job knowing what the salary was.” Indeed, all the directors’ salaries are listed in an ordinance.