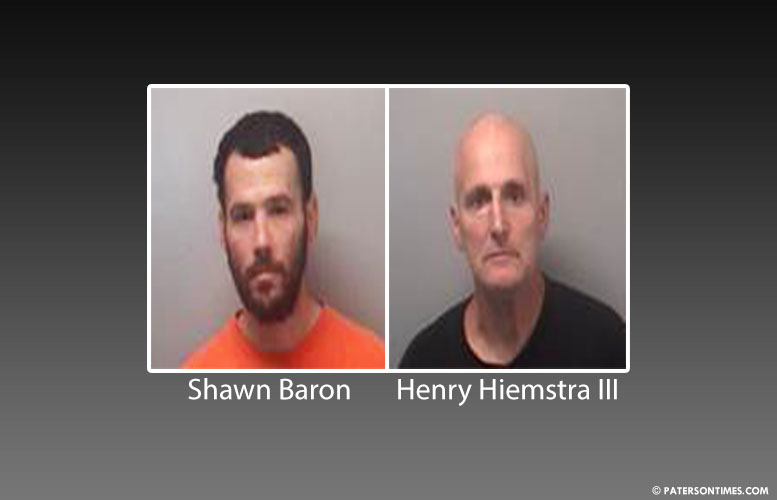 An alleged Paterson drug dealer and his Fair Lawn buyer were arrested on Friday afternoon in the corner of Union and Manchester avenues, according to Passaic County Sheriff Richard Berdnik.

Detectives observed Hiemstra standing at the intersection of Union and Manchester avenues in Paterson. Baron walked in his direction. Both met to conduct a drug transaction, authorities said.

Hiemstra took out several items from his cargo pants pocket and handed them to Baron for cash. Both then walked towards Wayne Avenue when detectives placed them under arrest.

A search of Hiemstra’s residence yielded 446 more glassine envelopes of heroin and $4,458 in cash, authorities said.

Drugs seized has a street value of $3,000, the sheriff said.

Baron was charged and released while Hiemstra is being held at the Passaic County Jail pending a court appearance.