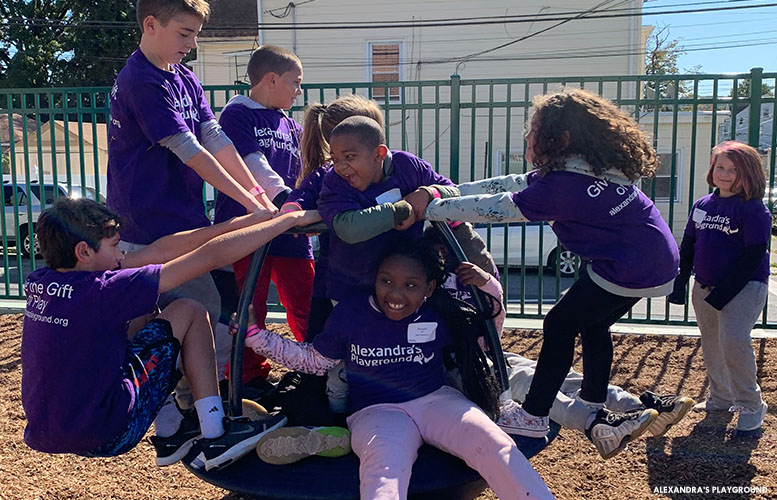 Dozens of volunteers spent their day building a playground for children at School 19 on Saturday.

“We had a strong turnout from the community. There were dozens of families and teachers here today help us build the playground,” said Lori Hrbek, executive director for Alexandra’s Playground which donated the playground.

Some of the young people took the playground equipment for a spin soon after the construction had finished.

Hrbek said this is Alexandra’s Playground’s seventh playground in Paterson. Cost for the playground is approximately $85,000, according to a resolution approved by the school board in the summer accepting the donation.

The school board pitched in another $10,436 for site preparations. Local nonprofit, the New Jersey Community Development Corporation (NJCDC), also played a role in putting together the playground.

“It’s always such a pleasure working here, it is such a warm and welcoming community. And we appreciate the support that NJCDC provides as they again partnered with us to help bring the playground to life. By the end of the day the playground was open and children had a fun time playing,” said Hrbek.

Alexandra’s Playground, founded by Andrea and Michael Vitale, celebrates the brief life of their daughter Alexandra and her spirit of play by building playgrounds throughout the United States and the world.

Mayor Andre Sayegh previously recognized the family for creating play space for young people by giving them the city’s highest honor, a key to the city.

Alexandra’s Playground has built a total of 29 playgrounds throughout the U.S. and the world.