‘Something has to be done,’ says aunt of 13-year-old Paterson boy killed over weekend | Paterson Times 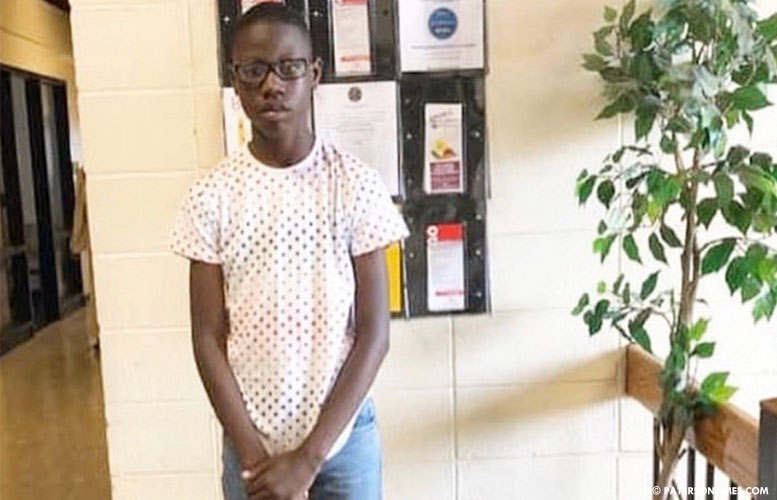 Municipal officials held a candlelight vigil at City Hall on Tuesday night for the 13-year-old boy and the 43-year-old woman killed over the weekend.

McDaniels (pictured) was a student at the Martin Luther King, Jr. School.

“That’s my sister’s only child. She has no other kids. He was a good kid. He would not fight anybody— no one,” said Jackson. “He didn’t deserve that. He was left there like a log. Something has to be done.”

Jackson said the shootings and killings are “out of hand.” She said she felt numb speaking to municipal officials about the death of the young boy.

“We want something done. We want these kids to get off the streets,” she said to council members and the mayor. “Please do something.”

The circumstances surrounding the boy’s death remains unknown. Police found the boy’s body at 3:45 p.m. on Sunday in the area behind 133 Harrison Street. The boy was already deceased when police arrived. The medical examiner was called to the scene and took custody of the body. An autopsy will be performed to determine manner and cause of death, said Passaic County Prosecutor Camelia Valdes.

Two days earlier, 43-year-old Petra Rhoden, a DoorDash driver making a delivery, was killed on Harrison Street, one block from where the boy would be killed.

Speakers at the meeting made references to both incidents to urge officials to do more to address violence in the city.

Mayor Andre Sayegh later in the meeting said the city is expanding recreation opportunities for young people by investing in fields and parks.

“There’s a lot of young people and not enough to do,” said the mayor.

Sayegh visited the boy’s family on Monday to express his condolences. He and council members also held an emergency meeting to come up with a plan to curtail the upsurge in violence.