After years of being out, Paterson bridge lights restored | Paterson Times 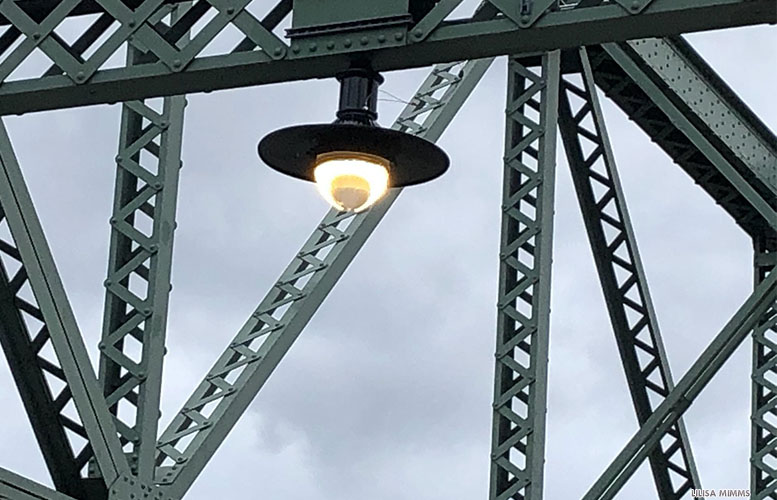 After being out for years, the lights on the North Straight Street Bridge were turned on last week.

Lights on the bridge were out for eight years, according to councilwoman Lilisa Mimms, who has been on a crusade to turn lights on throughout the city. She said the electricity infrastructure under the bridge was damaged when hurricane Irene devastated the Riverview neighborhood in 2011.

“I believe turning the lights on improves public safety,” said Mimms. She said the bridge is safer both for motorists and pedestrians. “We have school age children that walk through this bridge. Our kids need to see where they are going to be safe.”

Mimms pointed out as late autumn and winter approaches sunlight ceases to illuminate the path for young people returning home from afterschool programs. She said she worked with the city, the Passaic County government, and the PSE&G to address the lights on the bridge.

“I reached out to Bruce James and worked collaboratively,” said Mimms.

James said Passaic County spent $69,723 to make the needed repairs to get the lights turned on.

“It’s good to see the lights on,” added James.

Last year, a number of Riverview neighborhood residents complained about the lights being off on the bridge at a community forum. Some said the lack of lights presented a public safety problem for the neighborhood.

“We have to see people. It’s very dangerous to cross this bridge at night,” said Tracy Person, who lives four blocks from the bridge. He said the money was worth spending for public safety.