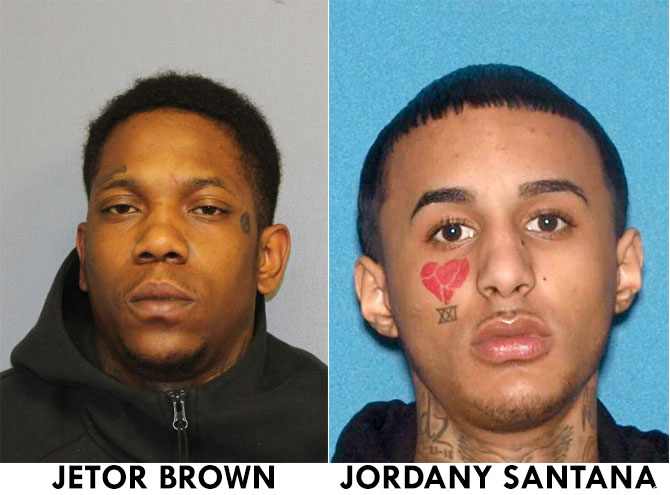 The police arrested two men in their investigation into an August shooting on Park Avenue, according to the Passaic County Prosecutor’s Office.

Jetor Brown, 25, and Jordany Santana, 19, both of Paterson, were charged with various weapon offenses.

Police also charged Brown with aggravated assault and certain persons not to have a firearm. While police tried to arrest him on Sunday, Brown resisted, authorities said.

Brown was charged with escape and resisting arrest. He was arrested in connection with the August 24, 2019 shooting on Park Avenue.

A 19-year-old man was injured in the incident. He arrived at St. Joseph’s Regional Medical Center seeking treatment for a non-fatal gunshot wound.

It was initially believed the shooting happened on Governor and Carroll streets, but police later determined the incident took place on Park Avenue.

Detectives determined Brown and Santana were in possession of multiple handguns on June 12, 2019.

Santana was arrested on the same day of the shooting, authorities said.

Both face lengthy prison sentences if convicted on the charges.