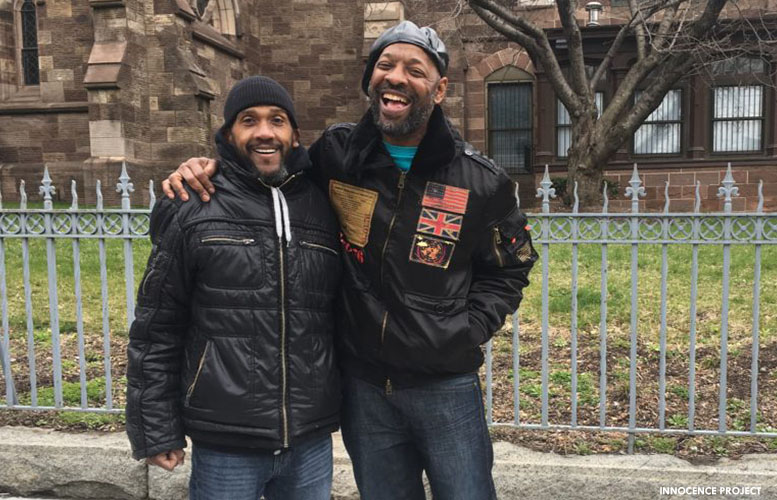 A pair of men, Eric Kelley and Ralph Lee, freed through the use of DNA evidence after 24 years of incarceration have filed two lawsuits against Paterson seeking damages.

Both men are seeking unspecified amounts in damages.

“This action seeks damages for the period from July 30, 1993, through each and every year to the present, and continuing into the future,” states the lawsuit filed on Sept. 11, 2019.

Both men’s suits, nearly identical, has been consolidated in federal court.

Kelley and Lee were convicted of robbery and murder in the 1993 killing of video store clerk Tito Merino. Both were sentenced to 30-year prison terms after confessing to the murder when question by police.

Both men later recanted their confessions and said the confessions was coerced by police officers.

In 2017, a Passaic County judge overturned their convictions based on DNA evidence. The Innocence Project and Centurion aided in securing the two men’s freedom. A green plaid baseball hat worn by the murderer did not have a trace of either men’s DNA, according to the lawsuit.

On July 28, 1993 at about 1:25 p.m., Merino was stabbed and bludgeoned to death at his family’s business, the Victoria Audio & Video on Union Avenue.

Police were under pressure to solve the murder, says the lawsuit. It accuses police officers of conducting a botched investigation that led to the wrongful conviction.

Each is sued in their individual capacity, according to the lawsuit.

DNA evidence pointed to a former Paterson resident Eric Dixon, who now lives in Virginia. Dixon did time for a similar knife attack. He was never charged in the video store killing case.