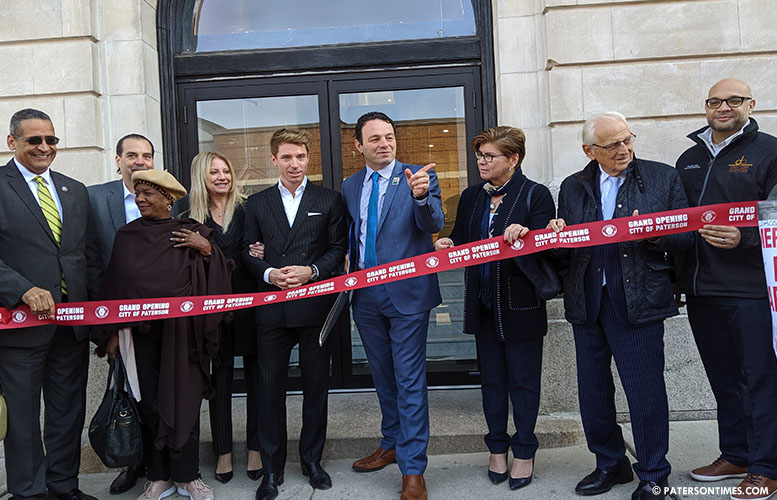 The former Paterson Police Station, closed for 40 years, re-opened as an office building on Monday morning.

“This has been truly a labor of love to restore this building,” said Drost. He spent $4 million to restore the three-story building which had been vacant since 1979 due to a fire. He purchased the building for $200,000 in 2016, according to tax records.

Drost said he “fell in love” with the architectural design of the building on first sight. He said the building that stands at 111 Washington Street was originally designed by architect William T. Fanning in 1905.

This is his first project in Paterson, he has said.

Drost received non-stop praise from officials, who toured the inside of the building, before mayor Andre Sayegh held a ribbon cutting to officially open the building.

“A lot of the old buildings are functional. It takes some imagination,” said Rep. Bill Pascrell, a former mayor of Paterson.

Pascrell said Drost did a “great job” restoring the building.

The 25,000 square feet building has 12 office suites. The developer intends to cater to the emerging entrepreneurial, tech, medical, law, education and creative talents in the city. A portion of the building will have co-working space, favored by technology start-ups and entrepreneurs.

Sayegh praised Drost for his beautiful restoration work. Also, he said the new project will have a ripple effect in downtown Paterson.

“He’s a gentleman that believes in Paterson,” said Sayegh of the 32-year-old Drost. “Thank you for bringing this back to life.”

111 Washington Street has a long history. Peter Colt, a contemporary of Alexander Hamilton, built a residence at the site in 1813. Later, aldermen of Paterson acquired the building to serve as the first City Hall. The building housed government offices until the new City Hall was erected in 1896.

The building experienced the Great Fire of 1902. The building was later used as the Paterson Police Station. It experienced another fire in 1979, since then the building had been in a state of disrepair.

“You know what I love the best about it?” said public safety director Jerry Speziale, pointing to a pair of restored green lanterns at the entrance to the building. “That’s historic for police: the two green lights. Whenever I come up at night and see them on it’s like ‘wow.’”

Speziale said the New York City Police Department, where he previously worked as a police officer, has always had similar green lights. He said it represents the police. In the basement of the restored building is a safe that’s marked “Paterson Police Department.”

Drost has said the lanterns were original. He put the original green texture glass back in to restore them.

The building is located close to the Paterson Train Station and the Broadway Bus Terminal.

Orlando Cruz, head of the Downtown Paterson Special Improvement District, is glad the building is back online.

“It encourages businesses to come and make downtown Paterson their home base with the office space that’s available here,” said Cruz.

Drost is seeking tenants for the building which is located less than a block from the historic City Hall.

Drost can customize the offices for potential tenets, he has said.

“I give him a lot of credit,” said Powell. “It’s beautiful and high quality.” 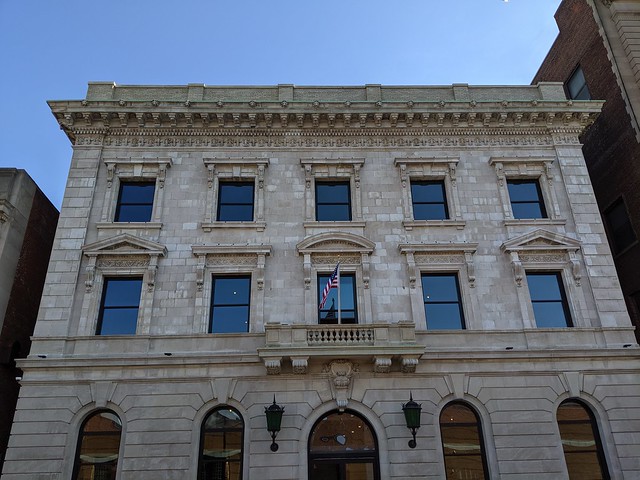