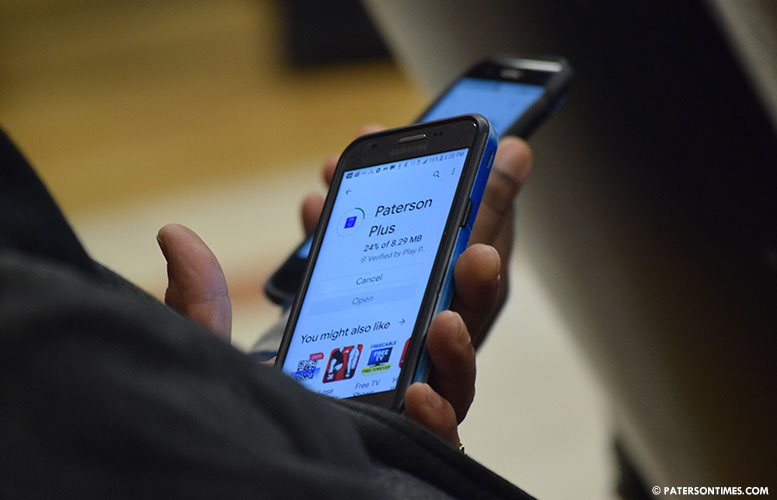 A smartphone application now allows residents to take a picture of a pothole and report it to the city for filling. It also let’s residents lodge loud music, dumping, and a host of other complaints for resolution.

Called Paterson Plus, the application is available for download on Google Play and the Apple App Store, according to mayor Andre Sayegh, who had a public launch of the application on Thursday evening.

Sayegh gave step by step instructions to a dozen people, who appeared for the launch, at City Hall. He led them through the download and installation of the application on their phones. Then, guided them through filing a complaint.

Sayegh outlined some of the capabilities of the application including the ability to attach a picture to the complaint and automatically include geographical location of the problem. There’s also a feature that allows the user to remain anonymous when filing a complaint.

“We’re trying to turn Paterson into a 21st century city,” said Sayegh. He said the mobile app sends immediate acknowledgement when a user submits a complaint. Complaint is routed to the correct municipal department for resolution.

Municipal officials said an issue will be responded to within 24 hours during business days.

The application created by SeeClickFix was purchased by the city for $24,720 through Somerset-based SHI International Corporation.