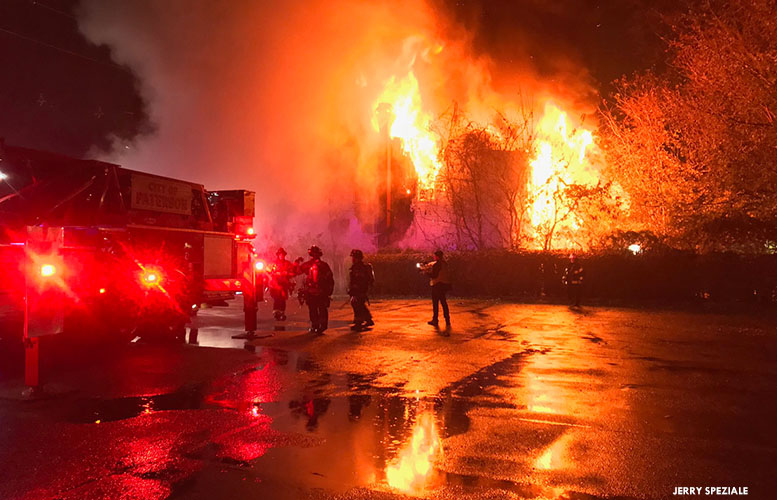 A four-alarm fire that started at a vacant building and spread to an occupied structure displaced 11 people on Monday night.

A firefighter suffered minor injuries while battling the blaze, said the deputy chief. He said there were no civilian injuries.

The American Red Cross says it is helping four families affected by the fire. It is providing temporary lodging, food, and clothing.

Firefighters’ bravery and struggle to extinguish the flames were broadcast live on national television via the show Live Rescue on the A&E Network.

Cause of the fire is still under investigation, said the deputy chief.