750 turkeys distributed to Paterson nonprofits ahead of Thanksgiving | Paterson Times 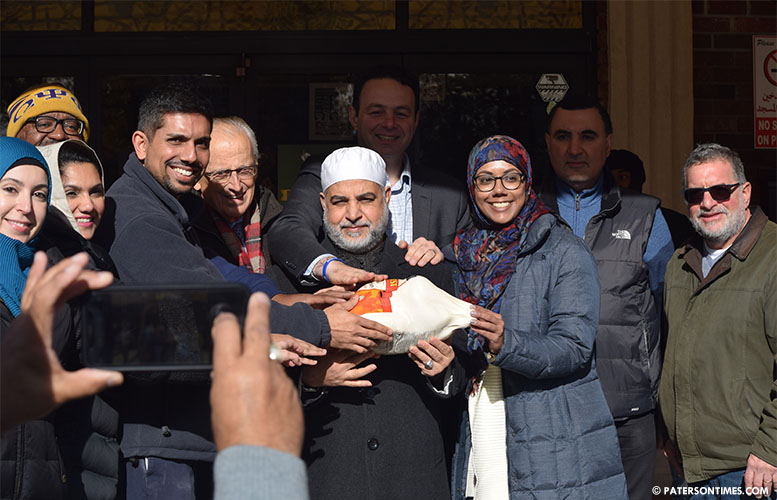 Eva’s Village, Oasis, Faces of Fallen Fathers, and the Grandparents Relative Care Center, were among the nonprofits to pick up boxes of frozen turkeys at the Islamic Center of Passaic County on Broadway in the afternoon to serve their clients.

“I love Thanksgiving because it reaches across religious lines. It doesn’t matter how long you’ve been in America, where you come from, when you are an American, you celebrate Thanksgiving together,” said Akhter. “One problem with thanksgiving is if you don’t have that turkey on your table there’s a hole in your holiday.”

Akhter formed an “interfaith” partnership with the Islamic Center of Passaic County and Calvary Baptist Church to raise $10,000 to purchase the turkeys from the Jaindl Farms in Pennsylvania for distribution.

Volunteers from the Islamic Center of Passaic County, Calvary Baptist Church, and the Eastside High School football team unloaded the turkeys from the delivery truck, said the freeholder. He and others loaded batches of boxes packed with turkeys into vehicles of nonprofit organizations in the mosque’s parking lot.

“This Thanksgiving we’ll serve over 700 dinners,” said Paul Fierro, purchasing agent for Eva’s Village. “The Turkeys we received today will go a long way to help the working poor and the homeless of Paterson.”

“Our women and children will be so excited to get these turkeys on Tuesday,” said Tahsina Ahmed, a social worker at Oasis, a nonprofit organization that assists women and children. She also serves on the City Council in Haledon. “We help over 1,200 women.”

Ahmed said the 1,200 women will be getting turkeys from Oasis on Tuesday.

Akhter said this is the inaugural year for his interfaith turkey giveaway. He hopes to turn it into an annual event.