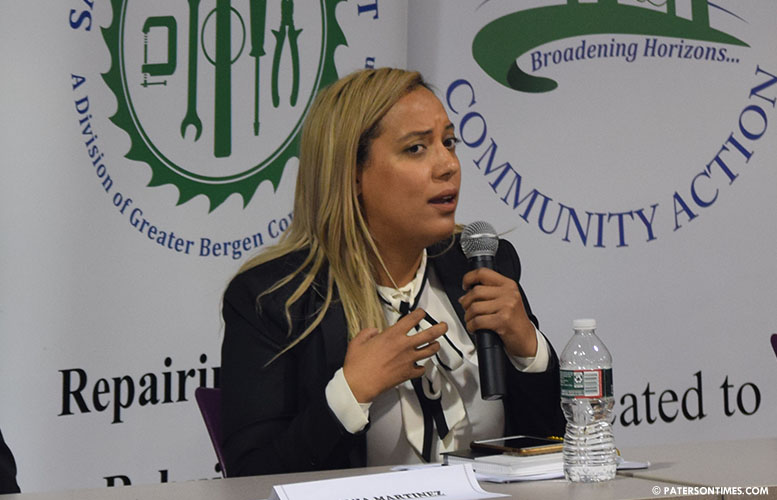 School board candidate Dania Martinez withdrew her petition for a recount and recheck of the school board election vote tallies on Monday afternoon, according to a court filing.

Martinez had been down by just eight votes. Her move leaves school board incumbent Emanuel Capers as third place finisher in the race.

Martinez’s attorney John Shahdanian, II submitted a letter to the court stating his client “wishes to withdraw” the recount petition. His letter did not state a reason for the withdrawal.

“I did not withdraw my petition,” said Martinez contradicting the filing of her attorney. “I am moving forward with the recount.”

When told her statement contradicted her attorney’s letter sent to judge Ernest Caposela, Martinez could not provide a response.

Martinez responded to a reporter’s call after the Paterson Times published a breaking news bulletin based on her attorney’s court filing. Her attorney could not be reached for comments on Monday afternoon.

Martinez wanted the Paterson Times to take down the news bulletin. In a bizarre comment, she said she “did not authorize” the publication of the story.

“I’m glad she backed down. The thing is, I don’t think it’s her, it was the people supporting her,” said Capers after being told of the court filing. “I was open to a recount. We ran an honest campaign. I was worried about the vote by mails.”

Capers and others mounted a pressure campaign on social media to force her alleged backers to drop the recount, according to activist Ernest Rucker.

“Whomever was pushing her left her hanging,” said Rucker. “That decision may have saved her being able to come back and run again legitimately.”

When asked to clarify his remarks, Rucker said the 992 mail-in ballot she collected were “suspicious.”

Martinez had been behind Capers by more than 115 votes on election night; however, she closed the gap after the mail-in and provisional ballots were counted.

Capers has suggested there were “fraudulent stuff” that took place as it relates to a large number of mail-in ballots that were cast in the election. He said law enforcement officials need to investigate the use of mail-in ballots in Paterson elections.