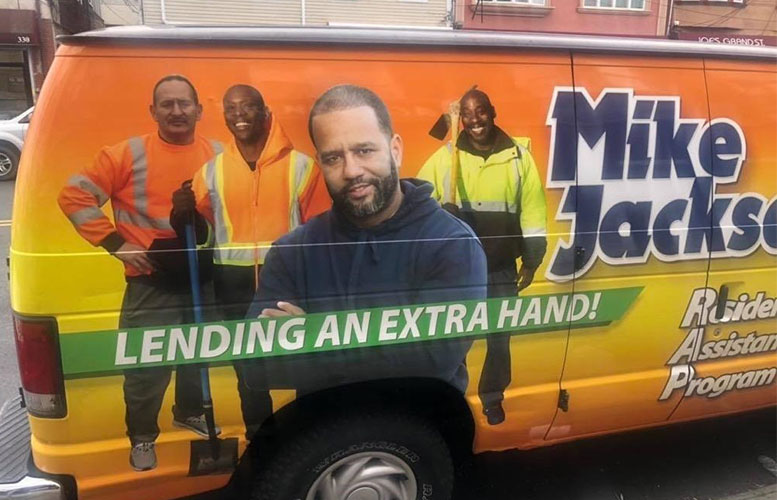 Police towed the vehicle after the driver of the van cut off a police officer on the road, according to municipal sources. Vehicle was pulled over and the driver was issued summonses for a moving violation and driving an unregistered vehicle.

Van had lapsed vehicle registration, but had insurance. Police towed the vehicle to the Classic Towing yard.

The orange and yellow van with Ohio license plates has a picture of Jackson, 1st Ward councilman, on the side with three other men clad in high visibility gear with cleaning tools in hand with the message, “Lending an Extra Hand!”

In the spring, the councilman touted cleaning up lots and street corners through his Resident Assistance Program (RAP).

Jackson on Thursday had little to say about the towing. When asked if he has gotten the vehicle back from the tow yard, he said he hadn’t had a chance to check on it. He said he does not drive the van.