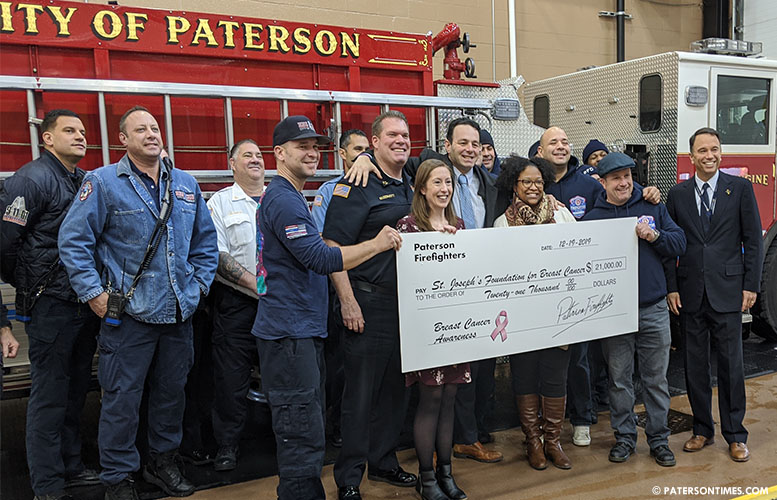 Fireman Francisco Lozada, whose cousin is a breast cancer survivor, has been organizing the effort for the past three years.

“It can get really tough. They can get really down,” said Lozada speaking of women diagnosed with breast cancer. “When they see stuff like this, support from family and their community, it helps. It lets them know they are not alone.”

Firefighters have been raising funds to combat breast cancer for the past eight years, said Kyle Hughes, president of the firefighters’ union. He said funds were raised through sales of t-shirts and sweatshirts that raise awareness about breast cancer. T-shirts go for $20 and hoodies for $30, said the president.

Lozada said firefighters sold some merchandise through their online store this year.

“We’re so incredibly grateful,” said Megan Smith of the St. Joseph’s Foundation. She said funds go straight to women fighting breast cancer in the form of treatment options and necessities such as food, transportation, utilities, and rent.