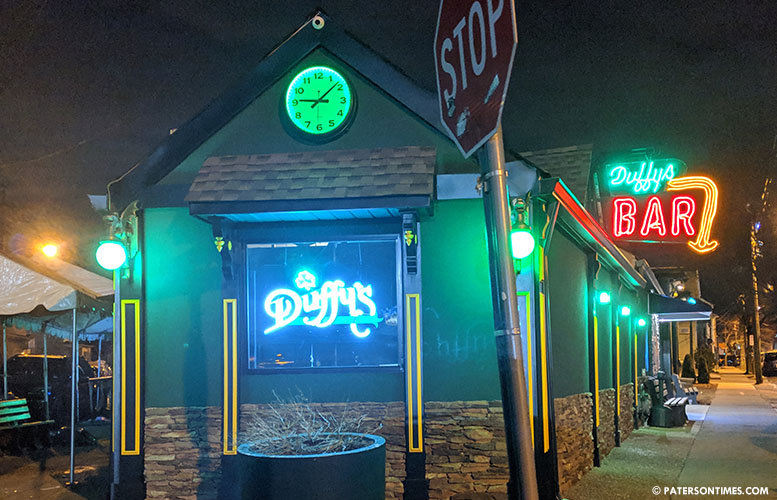 The death of 25-year-old Steven Sherlock of Fair Lawn following a fight at Duffy’s Tavern in Paterson was accidental, according to findings released by Thomas Eicher, director of the Office of Public Integrity and Accountability within the New Jersey Attorney General’s Office, on Monday morning.

Sherlock died on Mar. 17. An autopsy revealed he died as a result of what’s called “coronary artery atherosclerosis with cardiomegaly,” a condition that affects the arteries that supply the heart with blood. Medical Examiner’s Office concluded “acute ethanol intoxication with excited delirium” contributed to the cause of his death. His death was ruled accidental, authorities said.

The Office of Public Integrity and Accountability determined police use of force, pepper spray, was justified under the law. Sherlock’s death was accidental and not the result of non-deadly force used by a police officer. As a result, the matter does not have to be presented to a grand jury.

On Mar. 17, at Duffy’s Tavern on River Street, Sherlock was involved in an altercation with two patrons – a man and woman – inside the bar that spilled out into the streets. He allegedly struck the man in the face and head, knocking him unconscious, according to authorities.

Before police arrived, bar security guards tried to subdue Sherlock, but he put on a physical struggle. Police responded to the bar on the corner of River Street and 1st Avenue at about 2:33 a.m. on report of a fight.

A police officer told investigator when he arrived, Sherlock was face down on a bench with hands underneath his chest and security guards trying to restrain him. The officer worried Sherlock might have a weapon in his hand; the officer ordered him to show his hands, but Sherlock did not comply.

Sherlock, who reeked of alcohol, resisted and cursed at police, according to authorities. The police officer used a burst of pepper spray on Sherlock, rolled him on his side, and handcuffed him. Police placed Sherlock in a marked vehicle and drove him to St. Joseph’s University Medical Center for treatment.

Upon arrival at the hospital, Sherlock refused to leave the police vehicle.

Officers tried to persuade him, but he refused. He was pulled from the vehicle. Sherlock laid on the ground and refused to stand up. When the aforementioned police officer explained he was not under arrest, Sherlock got up, walked into the hospital, and became belligerent, according to authorities.

Sherlock died an hour – approximately 50 minutes after police left – after arriving at the hospital.

The investigation included interviews of civilian witnesses, review of video from surveillance cameras, and autopsy results.