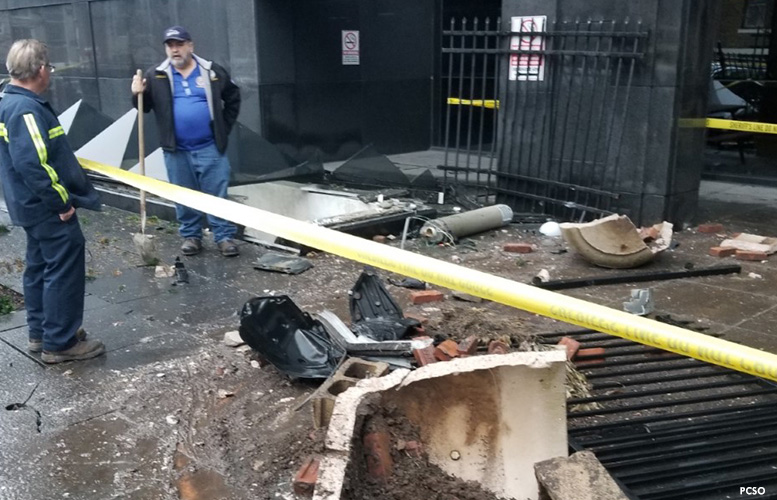 A drunk driver crashed onto the side of the Passaic County Administration Building in Paterson early Friday morning.

Jeffrey Concepcion, 34, of Haledon, has been charged for suspicion of driving while intoxicated, authorities said. He had a breath alcohol content of .18%, according to Passaic County Sheriff Richard Berdnik.

Concepcion allegedly crashed his 2005 silver Nissan Altima onto the De Grasse Street of the building at 401 Grand Street at around 3 a.m. Several parked cars were damaged and there was severe property damage, according to the sheriff. Exterior fencing, a large cement flower pot, the skylight to underground parking, other poles and objects were damaged.

Berdnik said Concepcion complained about back pain after the breath test. He was taken to Saint Joseph’s Hospital in Wayne.

Conception was taken to the Passaic County Jail after being released from the hospital.