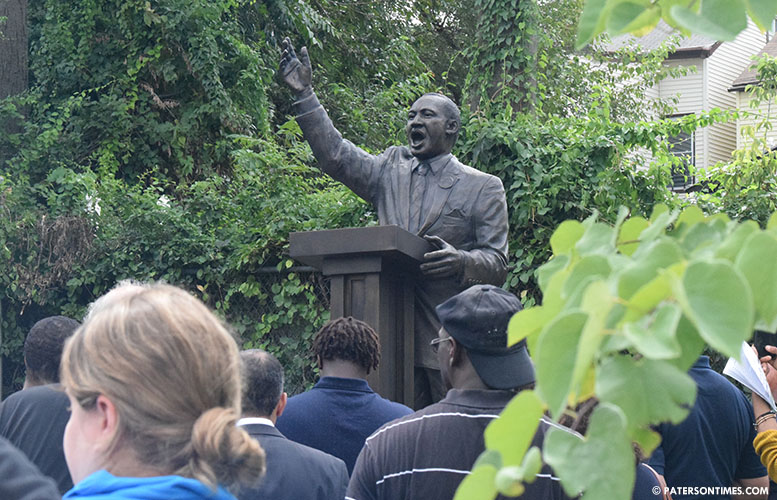 The Civil Rights Movement was made up of a broad coalition of civic groups, student activists, labor and religious organizations. Dr. Martin Luther King, Jr. who advocated non-violent protest was the symbolic leader — its primary spokesperson – the face of the movement. The Movement advocated for the end to racial discrimination in state and federal laws. Its efforts resulted in, among other things, the passage of the Civil Rights Act of 1963, the most comprehensive civil rights measure ever passed and the Voting Rights Act of 1965. Dr. King and the movement’s impact on the nation ’s conscience is without parallel. It is little wonder that a federal holiday honoring Dr. King was first proposed four days after his assassination in 1968.

The establishment of Martin Luther King’s birthday as a national holiday did not happen immediately or easily; it required sustained herculean efforts. The King Memorial Center in Atlanta sponsored the first annual observation in January 1969. A few northern states – Illinois, Massachusetts, Connecticut and New jersey — approved the holiday from 1973 to 1975. Shortly thereafter the momentum among the states waned. It would take 15 years of campaigning before official recognition a national holiday.
The calls for a national holiday came from many quarters. Labor unions promoted the idea in contract negotiations. Representative John Conyers (Democrat from Michigan) and Senator Edward Brooke (Republican from Massachusetts) in 1979 introduced a bill to make King’s birthday a national holiday. President Jimmy Carter unsuccessfully urged Congress to enact the measure; it failed passage in the House of Representative by 5 votes.

The opponents argued that a paid holiday for federal employees would be too expensive, costing millions in lost productivity. According to an essay by Donald R. Wolfenberger, a congressional scholar at the Woodrow Wilson International Center, to honor a private citizen ran counter to tradition and would be inappropriate because King had never held public office. George Washington and Christopher Columbus are the only other figures having national holidays honoring them. (Contrary to common belief Lincoln’s birthday has never been a federal holiday but is observed as public holiday in several states particularly outside the old confederacy.)

After a succession of failures to move Congress, the King Center and Coretta Scott King (Dr. King’s widow) solicited broader support among the corporate and private sectors and sympathetic lawmakers. Senators Ted Kennedy and Tip O’Neal were among the legislators along with Conyers, Shirley Chisolm and the Congressional Black Caucus (CBC). The effort was aided further by Stevie Wonder who financed a Washington lobbying office and released the hit single ”Happy Birthday.” The CBC in collaboration with the corporate and private sectors collected six million signatures for a petition to Congress. It was declared “the largest petition in favor of an issue in U. S. history. “

When the bill was considered again in 1983, two Republican senators, Jesse Helms of North Carolina and Strom Thurmond of South Carolina mounted strong resistance. They argued that Dr. King was not deserving of the honor of a holiday because among other things he was critical of US involvement in the Vietnam War and he accused King of being a Marxist. Helms led a filibuster against the bill and submitted a 300-page document alleging that King had associations with communists. Senator Patrick Moynihan of New York called the document a “packet of filth”, threw it on the floor and stomped on it.

The bill passed in the Senate by a count of 78 to 22 and the House by 338. On November 2, 1983 President Reagan signed a bill to create the federal holiday to be observed on the 3rd Monday in January. The first King holiday was celebrated in 1986. Reagan was actually against the measure because he feared Dr. King’s Communist sympathies would send the wrong message if the minister was made a national hero. The measure however passed by a margin sufficient to make it veto proof leaving Reagan little alternative except to sign.

Even though, the federal legislation had been passed not every state chose to observe the holiday or did so by combining it with another holiday. Several Southern states included celebrations for confederate generals. For example, in Alabama: Robert E. King Lee/Martin Luther King Birthday. 1993 was the first year in which MLK day was held in some form in all 50 states though sometimes under a different name and not always as paid state holiday. On May 2, 2000, South Carolina governor Jim Hodges signed a bill to make King’s birthday an official state holiday. South Carolina was the last state to recognize MLK Day as a paid holiday. Previously employees could choose between celebrating MLK day or one of three Confederate holidays.