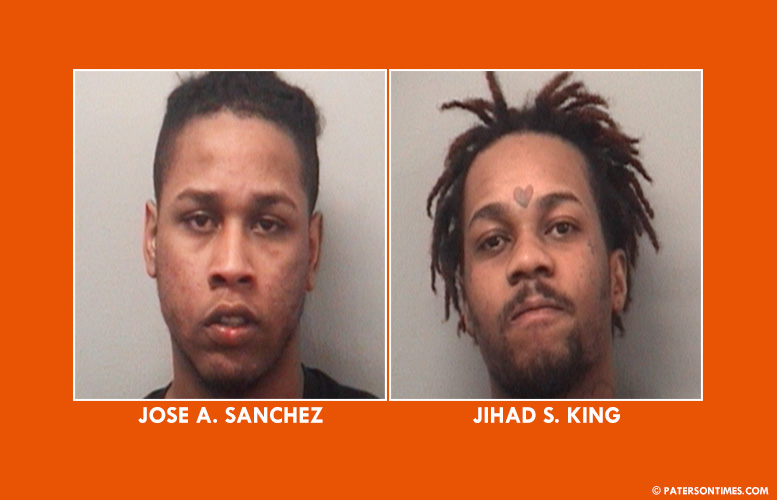 Two city men were arrested with marijuana and heroin in a traffic stop on Governor Street early Friday evening, according to Passaic County Sheriff Richard Berdnik.

Jose A. Sanchez, 22, and Jihad S. King, 28, were inside a gray van in the area of Straight Street and Godwin Avenue at around 6 p.m. Detectives observed the vehicle disregard a stop sign in the area and pulled it over on Governor and Paterson streets.

King, passenger in the vehicle, was observed moving his hands around his stomach trying to hide an item. Detectives also smelled marijuana odor emanating from the passenger. King was placed under arrest.

King had 5 medium clear baggies of marijuana in his left jacket pocket and 500 glassine envelopes of heroin in his right pocket. He was charged with six drug offenses, authorities said.

Sanchez was released after processing. King is being held at the Passaic County Jail.