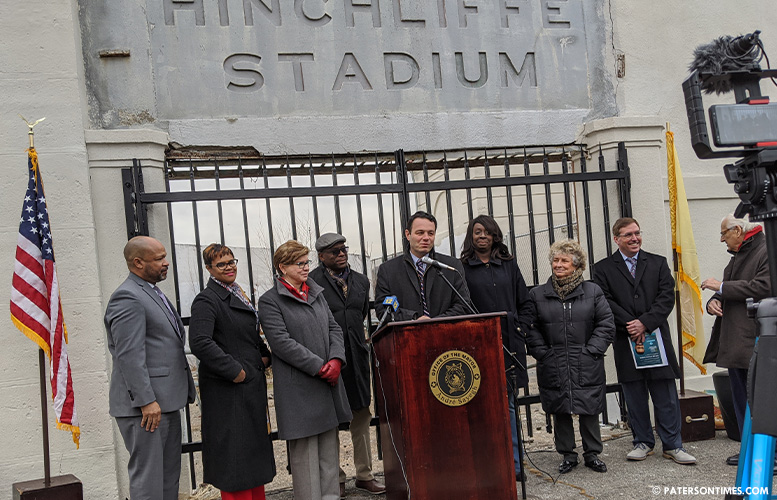 Municipal officials celebrated the allocation of $1 million in state grant for the restoration of historic Hinchliffe Stadium.

“We’re here to form an united front to say Hinchliffe Stadium is coming back,” said mayor Andre Sayegh during a press conference with the legislators outside the stadium on Friday.

Sayegh thanked Pou, Sumter, and Wimberly for working to get the funding. A $76-million plan has been outlined to restore the crumbling ballpark that has been closed for decades.

Municipal officials picked developer Baye Adofo-Wilson to restore the stadium. Sayegh has earmarked $50 million in state tax credits for the restoration of the stadium.

The project, funded through state and federal tax credits, includes housing and a parking deck. The 7,800-seat stadium restoration will cost $31.37 million. A six-story building with 75 apartments will cost $24.65 million. A four-story parking deck, 314 spaces, will cost $16.37 million. And a restaurant with exhibition space will cost $4.28 million.

Adofo-Wilson hopes to break ground on the restoration project in mid-2020.