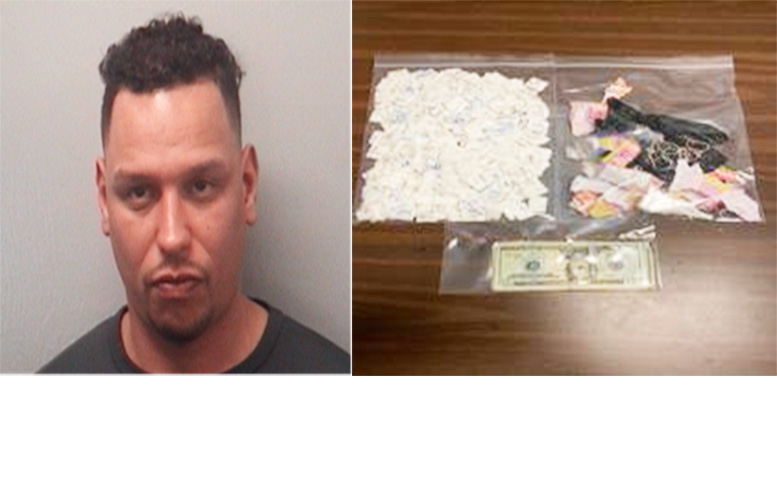 A city man was arrested with hundreds of bags of heroin after a chase through Rosa Parks Boulevard, according to Passaic County Sheriff Richard Berdnik.

Arturo Pena, 31-year-old, has been charged with three drug offenses and resisting arrest by flight.

Pena was arrested in an empty lot on Rosa Parks Boulevard just before Godwin Avenue. He had 380 glassine envelopes in his possession. 280 were stamped “Suicide” with black ink and 100 stamped “Pablo Escobar” with blue ink.