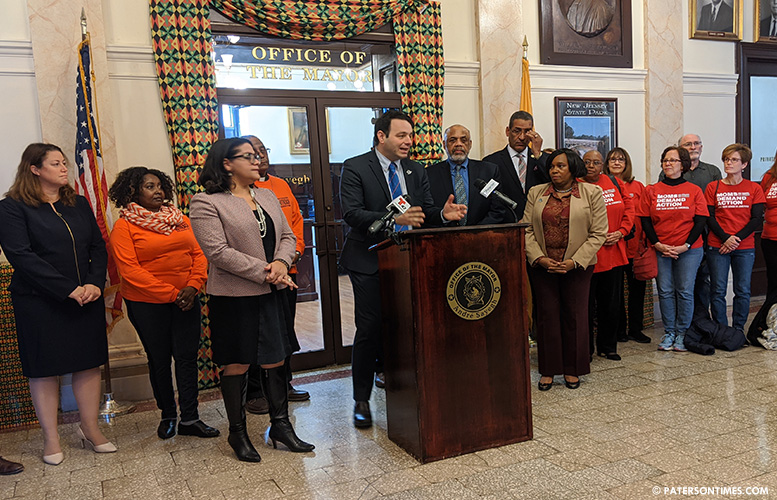 A new initiative at St. Joseph’s University Medical Center is aiming to break the cycle of gun violence, particularly retaliatory violence, in Paterson.

Under the hospital-based violence intervention programs, victims of violence will receive the services of a counselor, who will inquire about their housing, job, and education situations, to change their attitude towards guns and violence to prevent involvement in future violence.

“When a patient is admitted to the hospital for a gunshot wound or another injury related to street violence, it is important for physicians to address more than just a patient’s physical condition,” said James Pruden, director of emergency preparedness at St. Joseph’s University Medical Center. “If we can find a way to address the reasons that put them in this situation through services such as mental health counseling, substance abuse treatment and job training, we can not only help them recover from their injuries but, we can also help to decrease the chances of them becoming a victim again.”

St. Joseph’s University Medical Center was one of nine hospitals in New Jersey picked late last month to receive $20 million in federal Victims of Crime Act (VOCA) grant to work with local groups to reduce gun violence over a 21-month period. St. Joseph’s University Medical Center is getting $1.38 million to fund the initiative, according to Kenneth Morris, vice president of external affairs at the hospital.

“You don’t see police here,” said mayor Andre Sayegh at a press conference on Wednesday morning. “This isn’t about policing. This is about healing.”

Sayegh said someone who is shot will likely shoot someone else or be shot again themselves.

“How do we give people an alternative to retaliation?” said Sayegh. He said connecting them with resources and nudging them towards an alternative route is a proven technique to reduce gun violence.

“This is another attempt at breaking the cycle,” added Passaic County prosecutor Camelia Valdes.

Casey Melvin of the Street Keepers and pastor Allen Boyer of Bethel AME Church are optimistic about the intervention program reducing gun violence in the community. Boyer’s church sits in the Wrigley Park neighborhood which is known for drugs and gun violence.