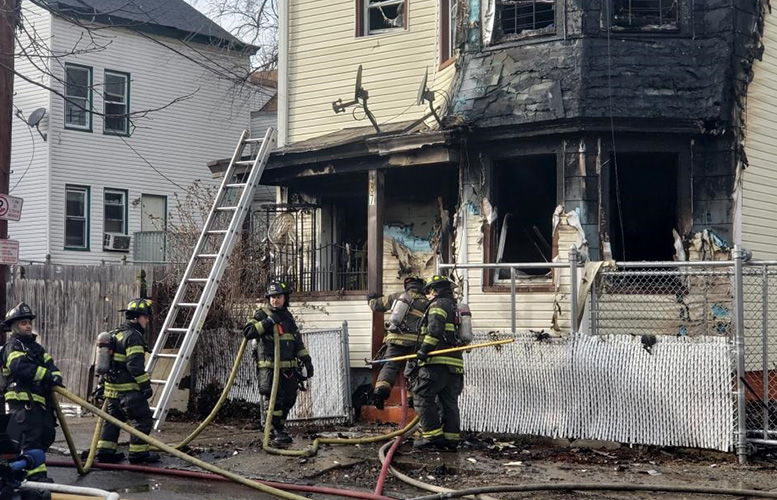 A person was killed when a fire ripped through a house on North 1st Street on Saturday afternoon.

Five others were injured in the blaze at 187 North 1st Street, officials said. Two firefighters sustained minor injuries while fighting the fire.

Authorities have not yet released the name and other information about the deceased victim. Officials said the Passaic County Prosecutor’s Office is investigating the incident.

Firefighters responded to the blaze at the two-story building at around 1:30 p.m. Flames were held from spreading to neighboring structures.