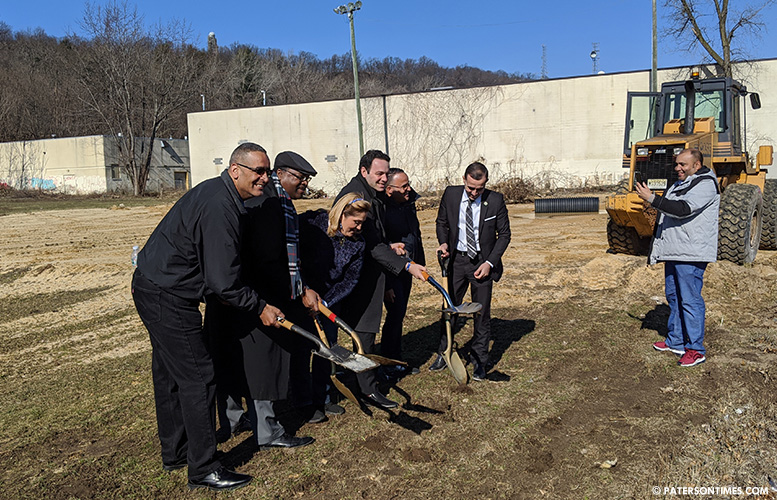 Mayor Andre Sayegh broke ground on a $1 million renovation project and Brandes Field at the Marshall-Levine intersection on Monday morning.

Artificial turf field for softball and soccer, new bathrooms, fencing, and lights will be installed at the 55,000 square feet field in the Lackawanna neighborhood, according to officials.

“This is the result of team work. This represents progress,” said Sayegh, who has made park improvements a priority in his administration.

Council members Flavio Rivera and Al Abdelaziz put pressure on the mayor and his team to renovate the park. Rivera and his colleagues on the council allocated funding in the capital budget for the park repairs.

“We could start changing the city little by little,” said Rivera, who played at the field years ago. He has focused on spending municipal funds on improvements, such as park renovations, that residents can see with their eyes.

“Today is a win for our city and our kids,” said Abdelaziz, a former gym teacher, who previously served as athletic supervisor for Passaic City schools. He said the park has been in a “deplorable condition” for nearly three decades.

Municipal officials said the work will be completed in four months. Renovated field is expected to open in mid-June, said Phil Pirro, vice president of Athletic Fields of America. His firm handled the renovation at Buckley Park last year.

A $706,345 contract was awarded to Montville-based Athletic Fields of America last week for the field and fence repairs. Another $297,000 will be used install new lights at Brandes Field, according to public works director William “Billy” Rodriguez.

A dozen residents, including young children and some tied to sports teams, were present for the groundbreaking.

“We are very happy this is happening today. For a long time, we’ve been begging,” said Yunior Fermin of league Costambar.