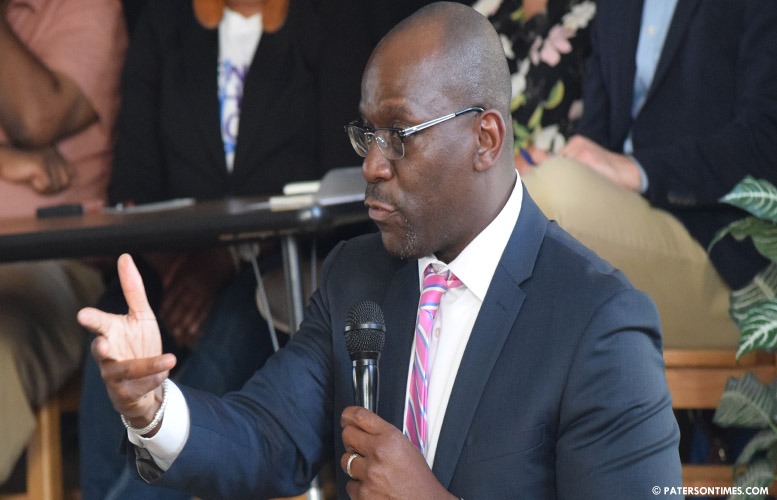 Former business administrator Vaughn McKoy is receiving a $17,500 contract to serve as an advisor to mayor Andre Sayegh.

Sayegh said McKoy’s will serve in a “limited capacity.” McKoy, who left his post as business administrator on Feb. 14, is being contracted through the Inglesino, Webster, Wyciskala & Taylor law firm.

Sayegh has praised McKoy for his “successful” effort to “streamline and improve” functioning of the municipal government. He credited him for moving the city into the state health benefit program and reforming the sewer system by restructuring rates and billing method.

However, McKoy’s record is mixed. The state health plan move has been challenged by the police and fire unions; the sewer system reform was badly bungled sparking protests from residents. McKoy also “facilitated” the project that will lead to the renovation of Hinchliffe Stadium and Bauerle Fieldhouse, according to the mayor.

McKoy also found himself at the center of a scandal involving Sayegh administration officials failing to use municipal biometric system to clock in and clock out at work. He and former chief of staff Kathleen Long, who is now business administrator, were involved in the salary dispute with former police chief Troy Oswald. The dispute cost taxpayers in legal expenses and led to what some called a costly settlement that forced the chief into retirement.

McKoy also served on Sayegh’s transition team soon after the mayoral election in 2018. His presence at City Council meetings initially helped to quell criticism against Sayegh and his team from controversial councilman Michael Jackson. His presence also helped when protesters stormed City Hall early last year over of the death of Jameek Lowery.

Last week, McKoy said he looked forward to working with the Sayegh administration after his departure from the second highest ranking post in the executive branch of the municipal government. State purchasing law allows the city to award a contract under $17,500 without soliciting proposals or taking bids. Sayegh also does not have to present the contract to the City Council for approval.

“They didn’t discuss it with us,” said councilman Flavio Rivera. “Some of these things need to have an explanation.”

Rivera suggested the mayor provide a better explanation to council members and the public. He pointed out McKoy’s predecessor did not stay on as an advisor after the new administration came into office.