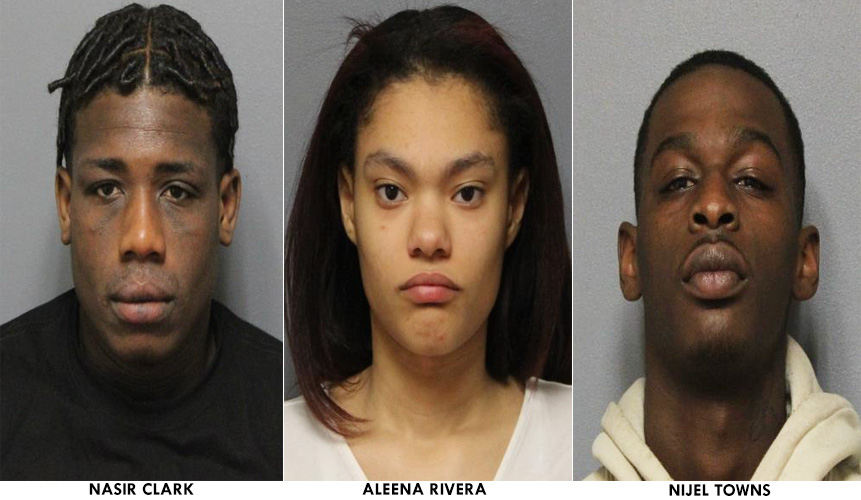 The police arrested three Paterson 19-year-olds for allegedly shooting at a vehicle on Jersey Street on Friday, according to the Passaic County Prosecutor’s Office.

Police said the gunfire struck the vehicle, but none of the occupants were injured. Police observed both vehicles and pulled them over on Route 21 South near Exit 7. Authorities said police recovered a handgun from the trio’s vehicle.

Clark, Rivera, and Towns each face a maximum of 120 years in state prison if found guilty of the charges, authorities said. Prosecutors intend to file a motion for pretrial detention of all three.