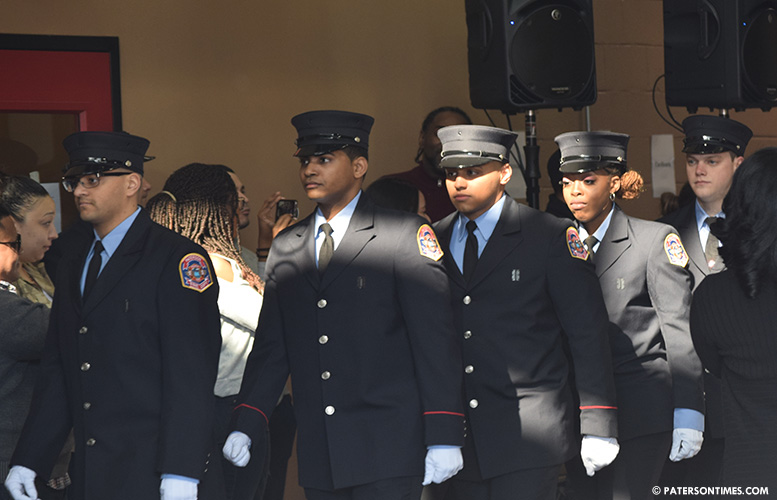 Among the recruits are Latino, Arab, and African-American firefighters, officials said.

“We embrace our multi-culturalism. We have to have fire departments and police departments that reflect the population that we protect and ultimately serve,” said mayor Andre Sayegh. “These 33 individuals are joining an elite fire department.”

“This is an extremely diverse class,” said McDermott. He said the new firefighters will begin working on Wednesday.

McDermott said five of the recruits, who were already trained EMTs, are currently working. He said one, Edward Coscia, last week aided a mother and her baby when her water broke. His actions saved both of their lives.

Starting pay for firefighters is $32,366, said the chief. He pointed out the new recruits are filling vacancies in the department.

Congressman Bill Pascrell praised both women for signing up to serve their community.

“You are about to embark on a career that requires tremendous courage and humility,” public safety director Jerry Speziale told the new recruits.

Below are the firefighters who joined the force: