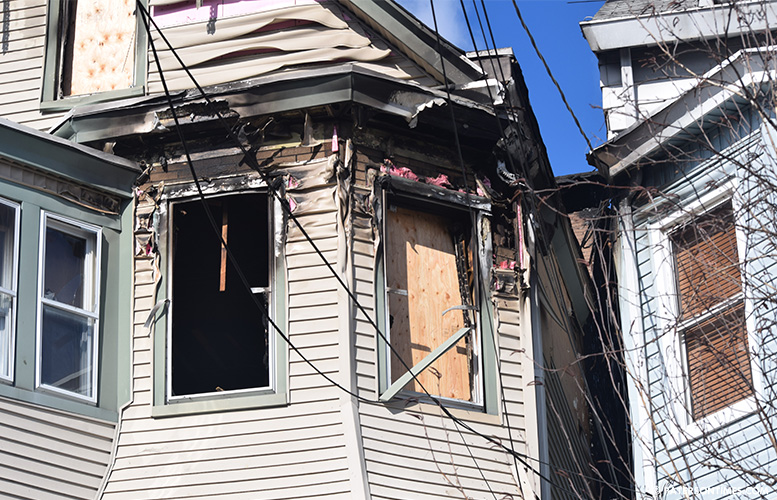 A three-alarm fire at an unoccupied house on North 5th Street displaced 18 people on Wednesday afternoon.

Deputy fire chief Matthew Hyman said people were displaced from the structures on both sides of 145 North 15th Street. Both structures sustained fire damage, he said. He said the displaced are being helped by the American Red Cross.

Fire came in at about 3:30 p.m. and reached three-alarm at 4 p.m. Fire started in the basement. Cause of the fire remains under investigation.